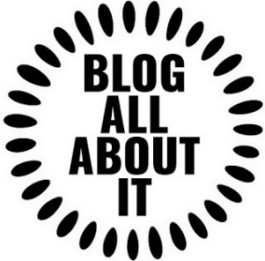 The first prompt for BURNING SOUP AND HERDING CAT's BLOG ALL ABOUT IT CHALLENGE is "first". I have done a million billion first book type posts, so I didn't want to do another. Then I was thinking... first dog, first cat, maybe? However, I recently separated out my pet photos from my childhood album and I don't quite know what box they are in. First child, but then Baz is my ONLY child. Then I was thinking about Valentine's Day movies for another post and came across this gif, and I thought, hmm... the story of my first proper kiss has won me prizes three times: two books and a candle, ha ha; so here we go! 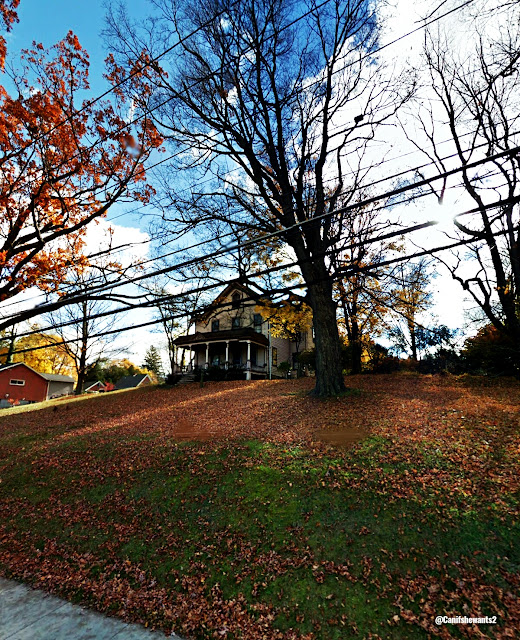 My friend Daniel and I were walking to another friend's house when it began to downpour, and thunder and lightening. You know those storms that seem to come out of nowhere, turn the sky pitch black, and you are cast into darkness. We were right in front of this old Victorian house which had been vacant for as long as I could remember. He grabbed my hand and pulled me up the hill, and we took shelter on the front porch. There was an old wooden bench to the side of the door, so we sat and watched the lightening for awhile, and talked about him starting summer school the following week because he needed to make up a class in order to be a Senior in the fall. I was fifteen, he was sixteen. We were both soaking wet and the temperature had dropped dramatically, so I began to shiver. He put his arm around me and started rubbing my arm to keep me warm and the rest is history. Ha ha. We left my grandmother's house as friends and arrived at our destination as boyfriend and girlfriend. 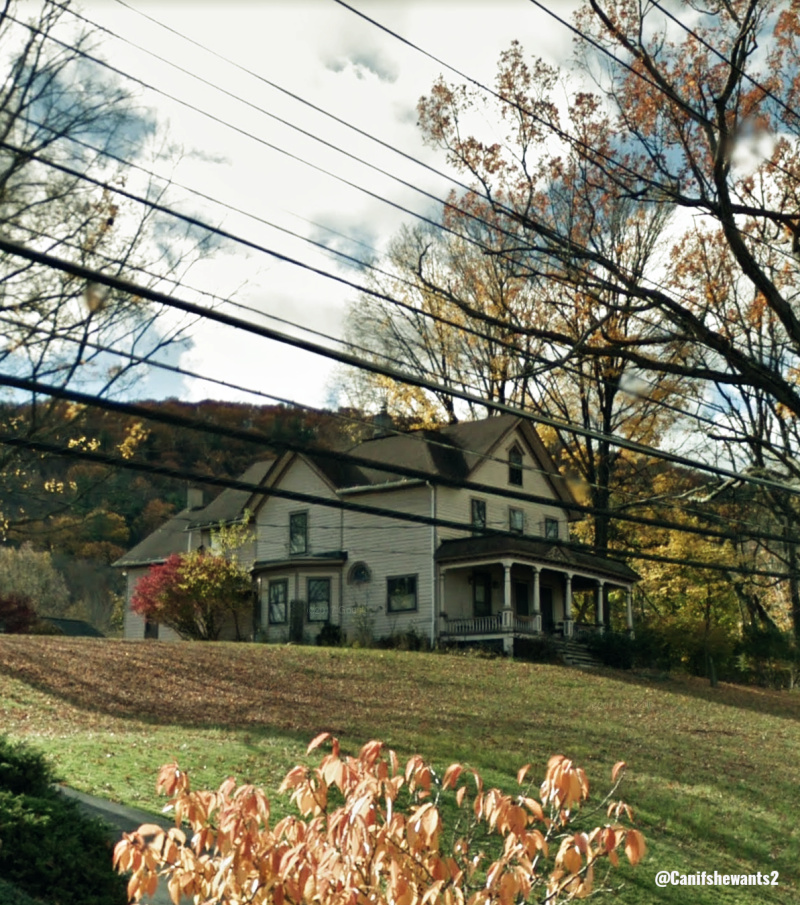 On our way back from our friend's house, now warm and dry, we had a little walk about the place, and peeked in windows. The property is huge compared to other houses in this neighborhood. There are several small nicely built outbuildings in the backyard. This house became the focal point of our short lived summer romance. We had a few picnics there, a couple on the front porch and four or five in the backyard. We talked about buying it, and how our kids would go to school across the street. We even named the two Irish Wolfhounds we were going to have: Seamus and Ilish. Heh heh. But, alas, summer love is fleeting. He went back to school in the city where my father lived, and I went back to school in the countryside where my mother lived; and absence did not make the heart grow fonder.
♥

I moved into an apartment just down the street after college, and walked past the house twice an evening on my daily walks. Someone was living in it by then, but I still had dreams of owning it one day. The Ex and I moved into another Victorian on that side of town, and my son went to the elementary school across the street, so part of my vision came true. I continued to have thoughts of living in it one day.
♥

Then, at work, a couple of years ago, I was talking about the house and my boss told me one of the other professors in his department lived there, and he had been inside on several occasions for dinner parties. I kept hoping we would work on a study with her, so that I could get to know her and weasel an invitation to one of her soirees, but it never happened. *sighs* I still have dreams, though.
♥ 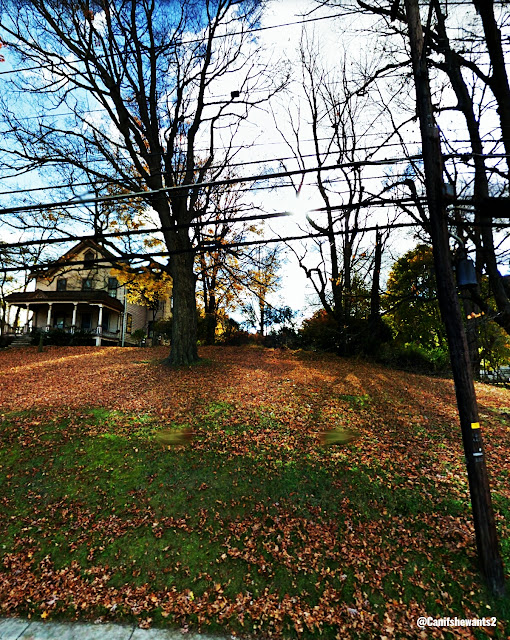 Am I a house stalker?

Do you remember your first kiss?
Posted by La La in the Library at 1:13 PM