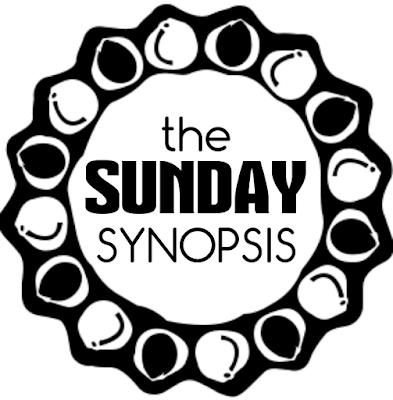 It was a light week because I have been concentrating on my music thing, but I did experiment and find out I can practice scales and play finger exercises while listening to ARCs on text-to-speech. It is a good pairing, too, because switching keys and finger placement needs to be a rote, mindless skill. I have to sit down and make a plan because I really don't want to have to give up book blogging.

My son had a best friend all through high school and for five years after that. A little over a year ago the friend gave what was left of their group of high school friends a little speech about how he had outgrown them, and said he would not be hanging out anymore. Baz Manchild was the only one who confronted him about it, telling him that he didn't have to be such a hurtful arrogant ass about it, so the previously best friend also unfriended him on Facebook, and there was zero contact. When we were grocery shopping on Friday, Baz told me that the friend had texted him, apologized, and then sent him a friend request on FB. I started bawling my eyes out in the middle of the store. I had no idea the situation had affected me so much.

I practiced guitar EVERY SINGLE DAY on an average of about an hour and a half. One night I was ready to go to sleep and I remembered I hadn't practiced, so I grabbed Jack and did finger exercises for about fifteen minutes.

When I went to follow the guitar tab/lessons guy with my personal Twitter account I saw that he followed two old friends of mine. This spurred a conversation with one of my friends about YouTube channels and doing collaborations and the like. So, in January of next year I will hopefully have a channel up and running. Baz is getting in on it and is going to buy an expensive desktop set-up for doing the recordings and editing video. He will be playing bass and doing the percussion tracks on the videos, and maybe some vocals. My friend has already lined up a couple of collaborations for me. Things are moving too fast and I am getting a little stressed out. I need to find a way to fit all of this into my life. Ha ha. 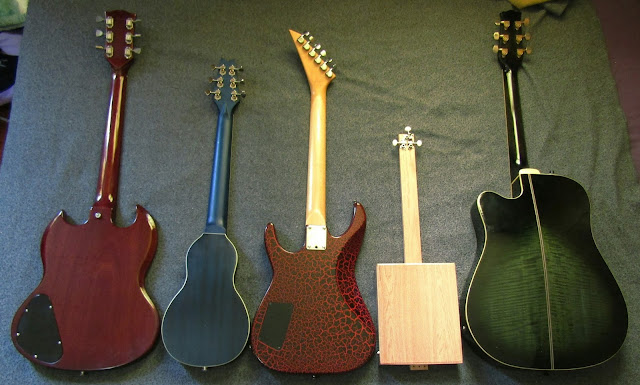 When we were shuffling stuff around trying to manage a better practice space for me, I came to the realization that I have five guitars! I have never owned five all at once before. I am thankful for each and every one. Baz has the windows with good light in his room, so I invaded his space for picture taking. Now everyone knows he has purple sheets, ha ha. 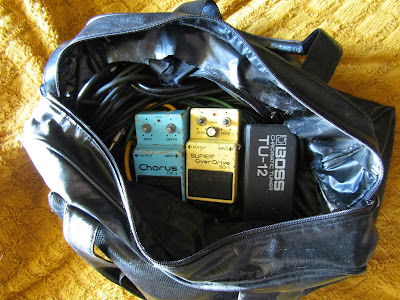 I also decided to make a personal statement by using my son's old diaper bag as a gear bag. The stopping point to the restarting point. 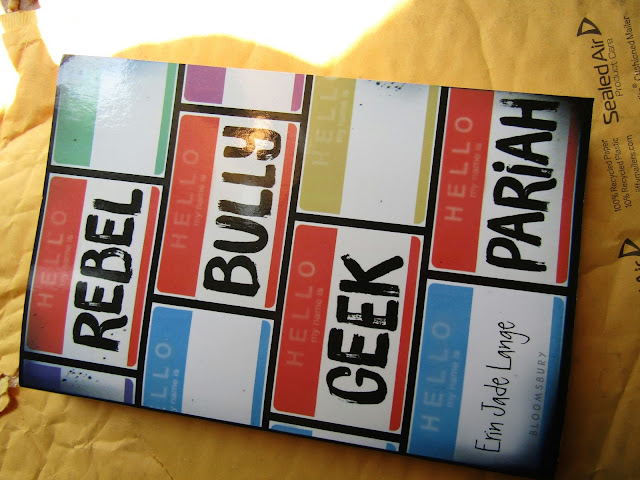 GOODREADS
YOUNG ADULT
STANDALONE
CONTEMPORARY
ISSUE RELATED
It was unsolicited from the publisher. It's a finished paperback. I bought nothing and requested no ARCs. I was such a good girl.

TELL ME TUESDAY
LAST. NOW. NEXT
TOP TEN TUESDAY
Back To School Theme

Have a stellar week!
Posted by La La in the Library at 4:32 AM