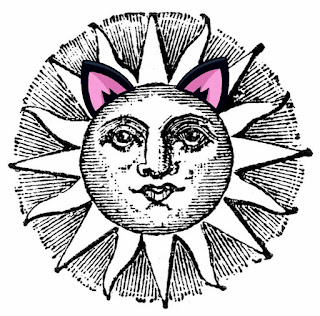 It was a light week because on Thursday I ended up helping make protest signs for the Women's March. Some of them went to DC and NYC with locals who were traveling to those locations, so that was pretty exciting. Then Friday I was in a little black heart mood because it was inauguration day. Saturday was our local march, so I didn't get much done past that except for hanging out on Facebook reading all the march posts people were making.

WOMEN'S MARCH
There ended up not only being marches in DC, NYC, and LA, but also at least one sister march in each state, Puerto Rico, Guam, and in many countries around the world. It was the largest protest in US history. 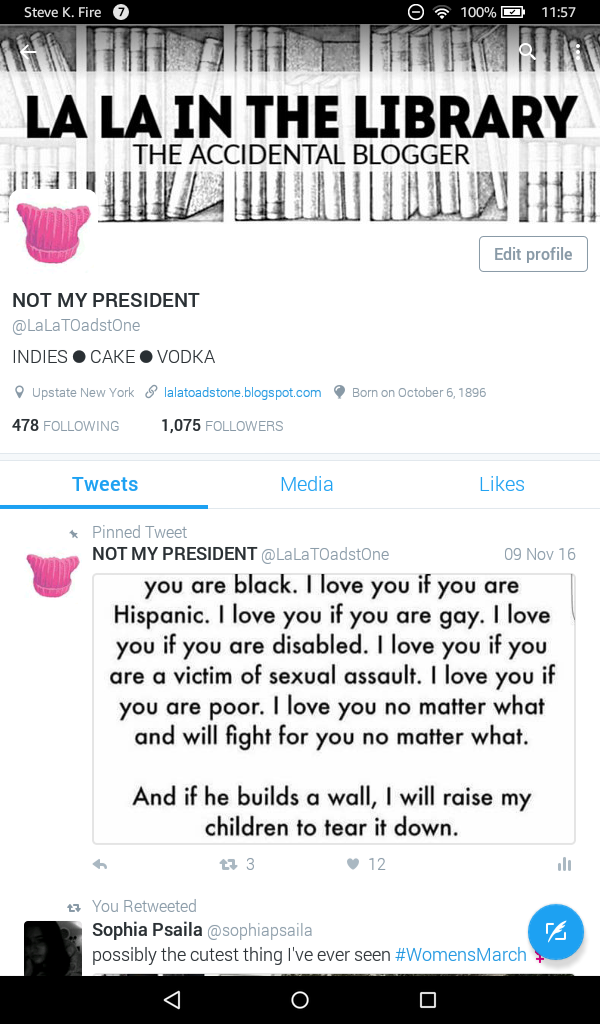 I made it to my local march. I would say there were over 3,000 in attendance. 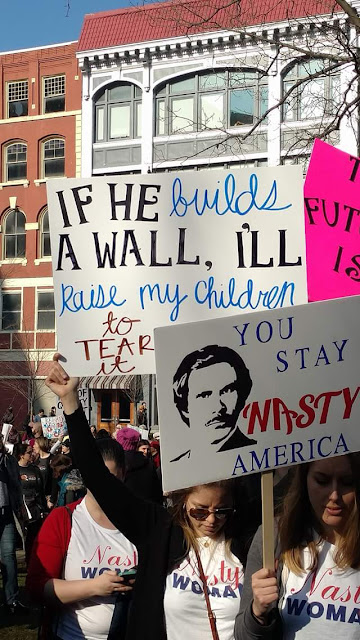 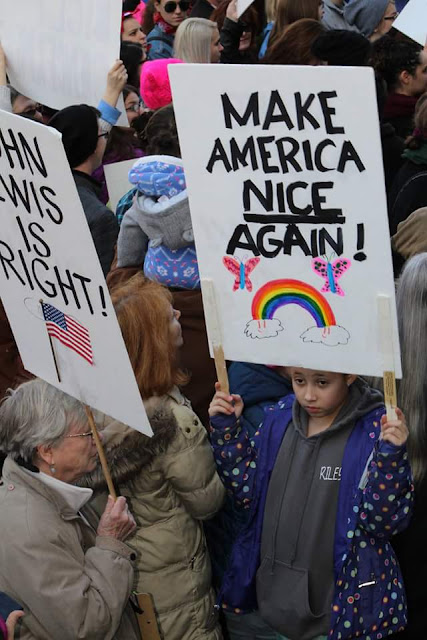 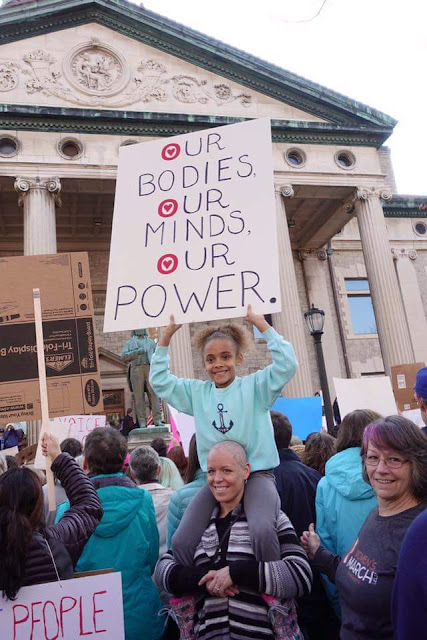 A little city with a big heart!
♥

My friends also participated in LA... 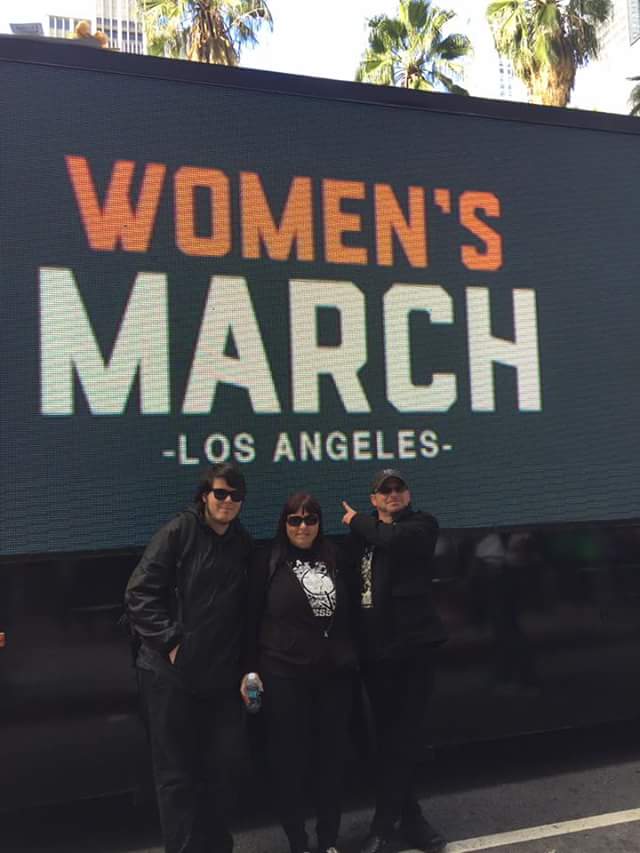 They found some of the youngest generation marching. 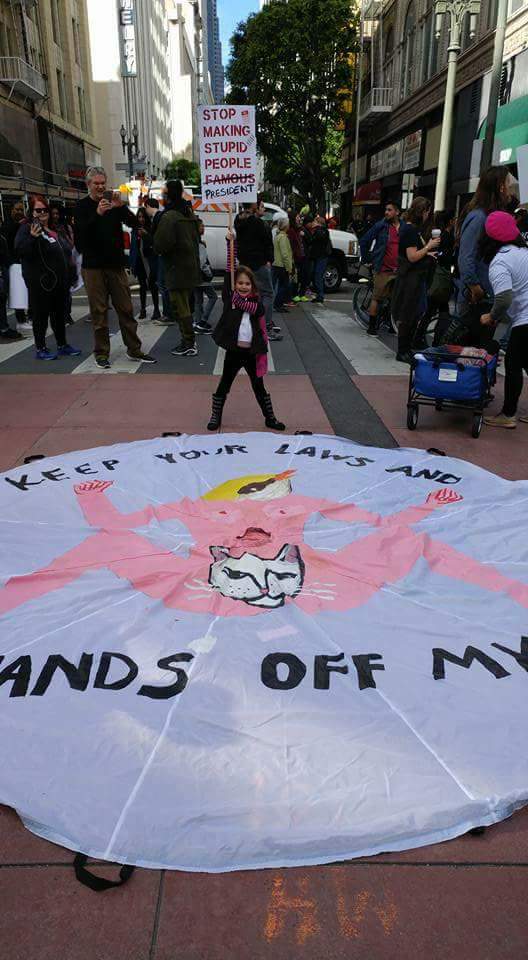 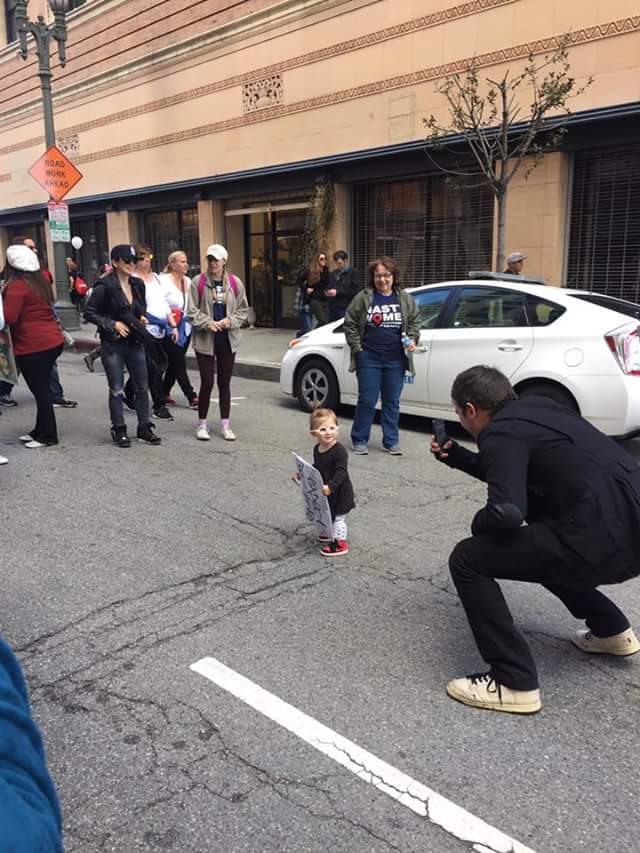 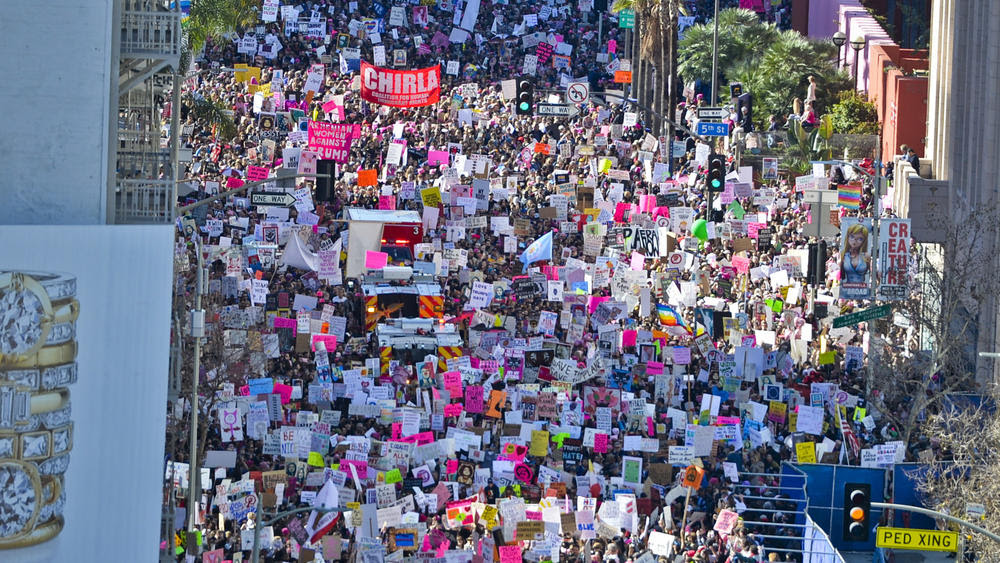 There ended up bing so many people they couldn't physically march.
◾ ◾ ◾
My good friend, "The Other Linda", went to DC with her daughter. 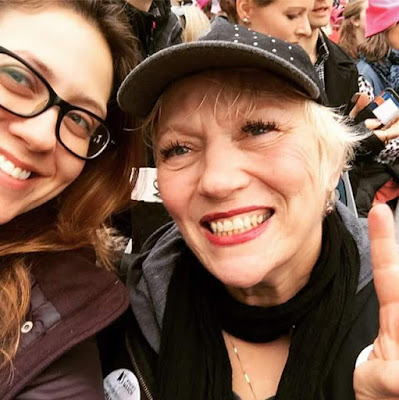 There was such a large crowd they couldn't physically march either.
◾ ◾ ◾
My fellow "stage mom", Joanne, traveled to NYC with her family. 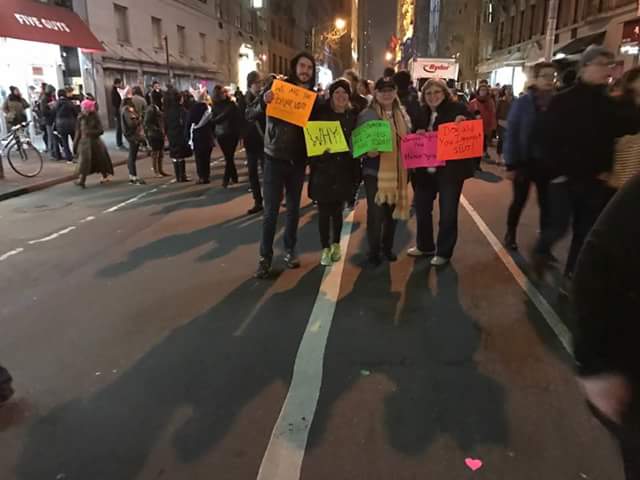 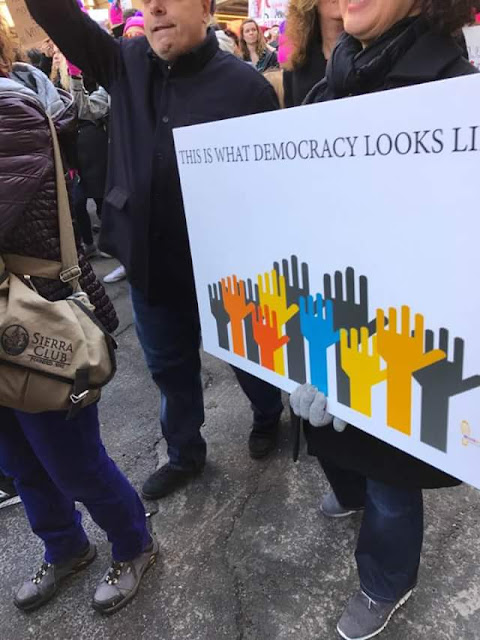 They marched to Trump Tower.

Arts activist Kady, with the rose on the left, who now lives in New Orleans marched there. 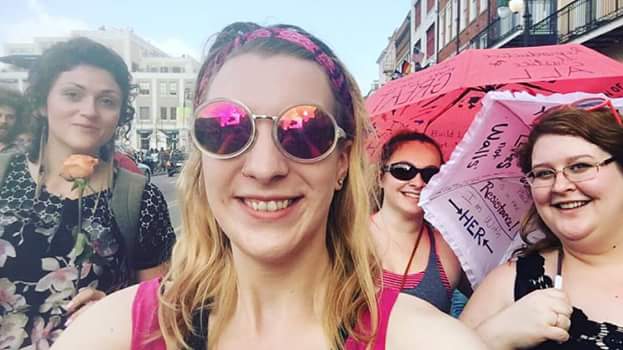 Here is one of my favorite authors at her march in Cincinnati. 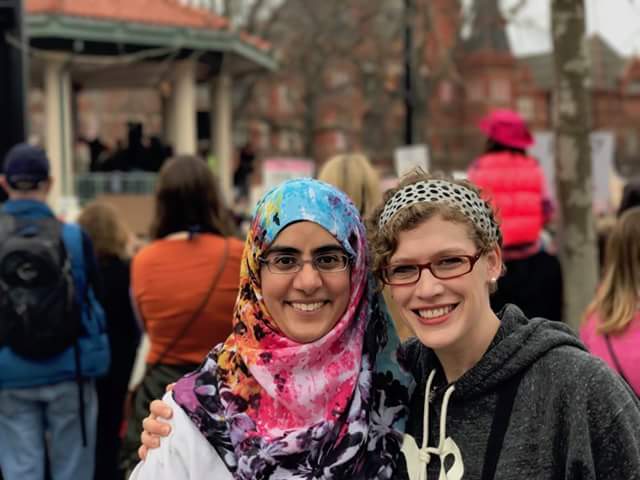 And my six year old Kookies and Milk reviewer for my Children's book blog... 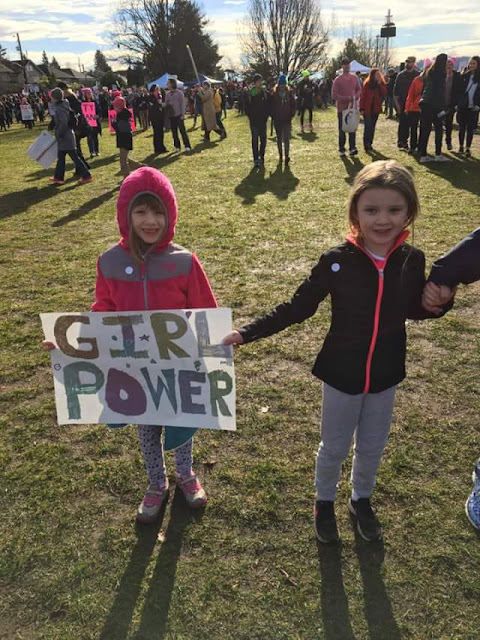 marched in the state of Washington. GIRL POWER!

If you order Girl Scout cookies online and don't have a special little Scout buddy to support, please consider helping out my Children's books reviewer. You can order from her page: HERE. Thank you!

My old college buddy wrote a song about Tr*mp. If you are easily offended, listener discretion is advised. Ha ha. 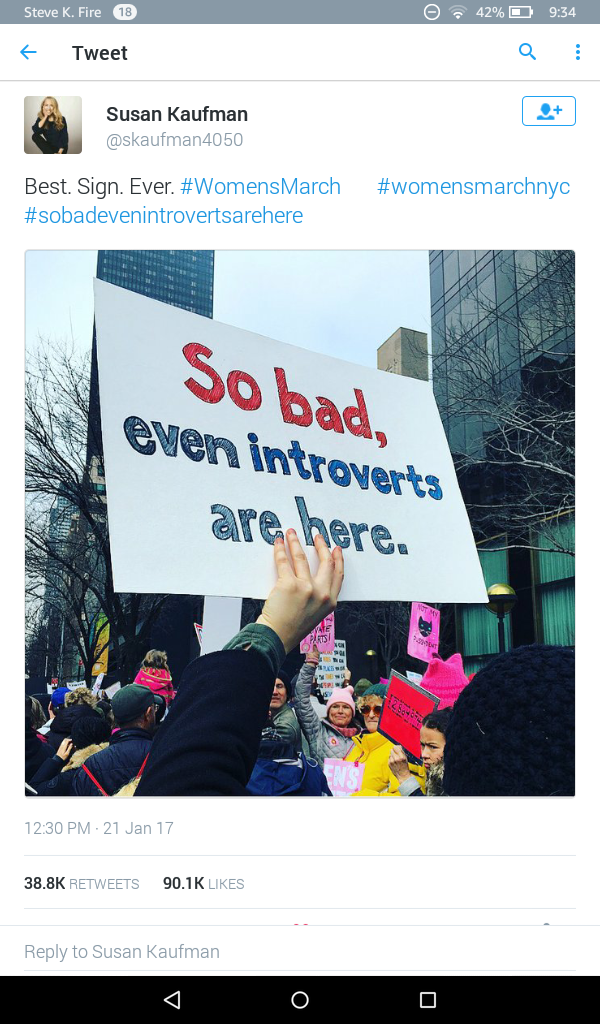 And please don't worry... I am not going to turn my Sunday Posts into politico-extravaganzas. This was my one treat-yo-self post.