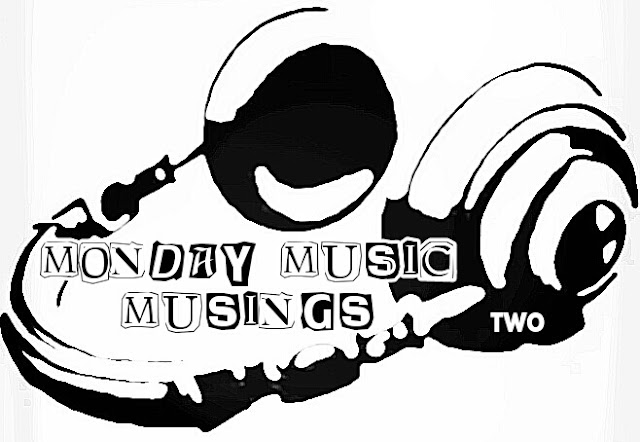 GUITAR JOURNAL #1
⚫
Two things catalyzed the concept of this fortnight feature: my realization that some people on social media are shocked, and sometimes amused, by my listening choices, and the fact that I am starting a year long journey to get my chops back in order to start bar gigging again.
◾ ◾ ◾ ◾

I am going to share some of the music I listen to, which might surprise people, and I will be asking you to tell me what you listen to that seems to surprise people, or gets a few lifted eyebrows.
◾ ◾ ◾
I will also be posting updates on my musical journey.
◾ ◾
I am sure I will post other random music themed things from other blogs, and places, too. 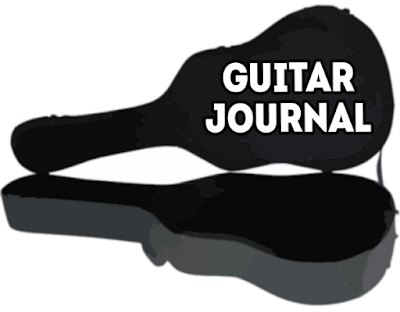 I am hanging my head in shame because this is all the progress I have made since hauling all of my gear out of storage in August. 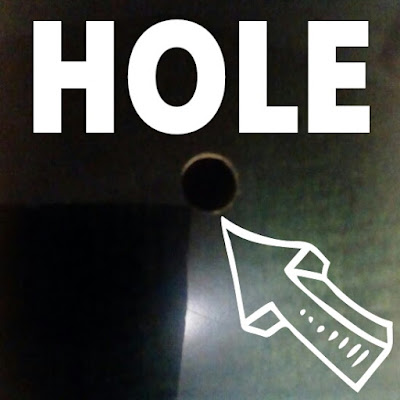 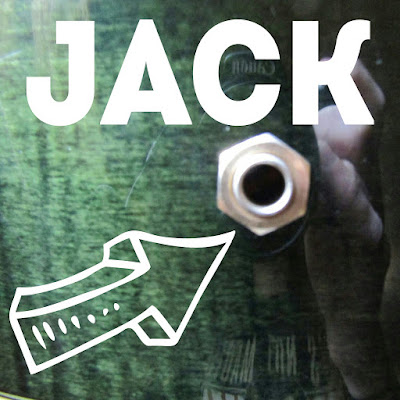 The jack on my Yairi had lost its nut quite a while before I put it up for storage. The last time I played it in public was for a nursing association's annual holiday retirement home caroling event, and I remember two things: having a difficult time playing because my six month baby bump was putting the guitar at an odd angle, and the pickup rattling around inside every time we walked to another location.
▫ ▫ ▫
I kept putting off fixing it because I couldn't find a goldtone jack nut to match the rest of the hardware. When I got it out of the backroom I posted on Facebook and one of my old band buds sent me a brass nut. It's not shiny gold, but it will do. The pickup bounced around inside the guitar for so long I don't even know if it still works, but at least the annoying rattle is gone.
▫ ▫ ▫
Her name is Grier, by the way, and I have had her for 36 years! 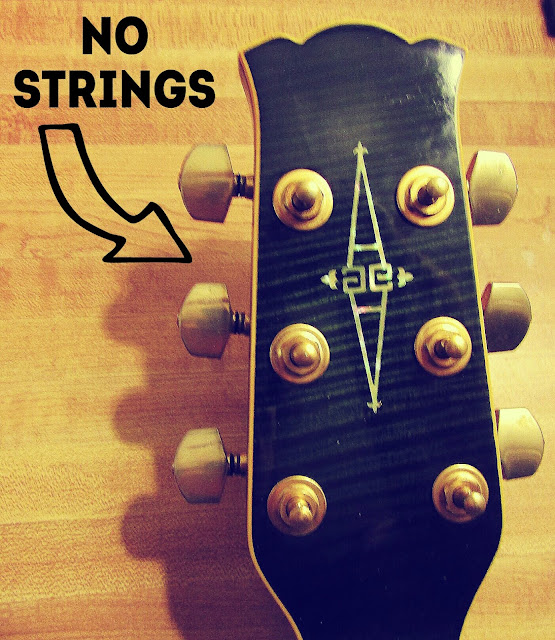 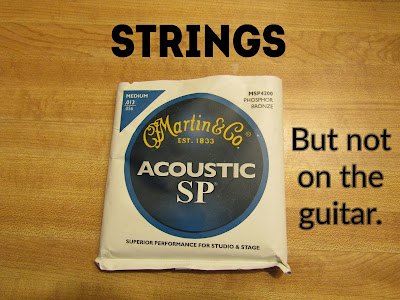 I feel like a serious loser because I bought these in August. My first excuse was that I couldn't find my wire cutters, but I bought some a week or so after I bought strings.
⚫
A little bit about the reason I am doing this... 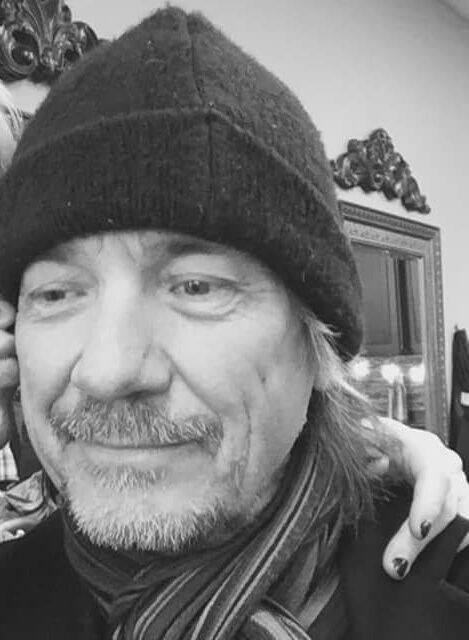 This guy, a true friend, my heart. He passed away almost two years ago from brain cancer. He was a life long musician. It was his lifeforce and in some horrible twist from the universe his tumor grew right in the spot where we process music. He lived the last two years of his life not being able to hear music. 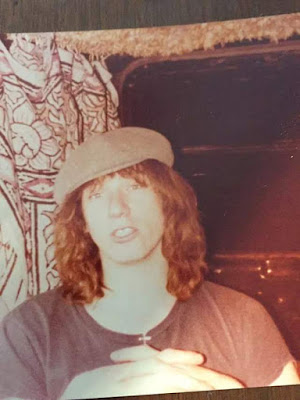 I met Bill in 10th grade homeroom. He sat directly across from me. The first day of school we were handed a sheet of paper with columns of different careers printed on it. We were supposed to pick three careers we were interested in, and number them in order of preference. The next day our homeroom teacher handed Bill's paper back and told him he needed to check two more career choices. He refused and said the only thing he wanted to be was a musician. He was sent to the principal's office. From that moment on he was my musical hero. 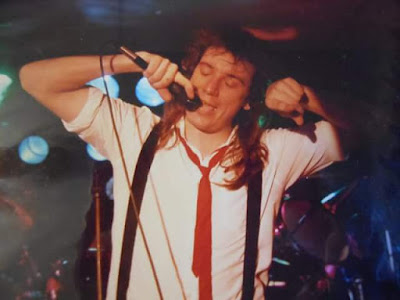 We spent the next 15 years in close proximity to each other, from performing in school music groups together, to working for bands who sometimes shared equipment and stole each other's drummers and bass players, ha ha. We forged a close brother-sister relationship and used to tear the mickey out of each other all the time. We started playing guitar at the same time and always had a running "who's better" war going on. Then he landed a gig as Foghat's new rhythm guitarist and backup vocalist. Bill moved to California, and I became a mother and moved away from the music business. He moved back for a short while, but soon after he got back he was offered a spot with Badfinger and moved to Nashville. 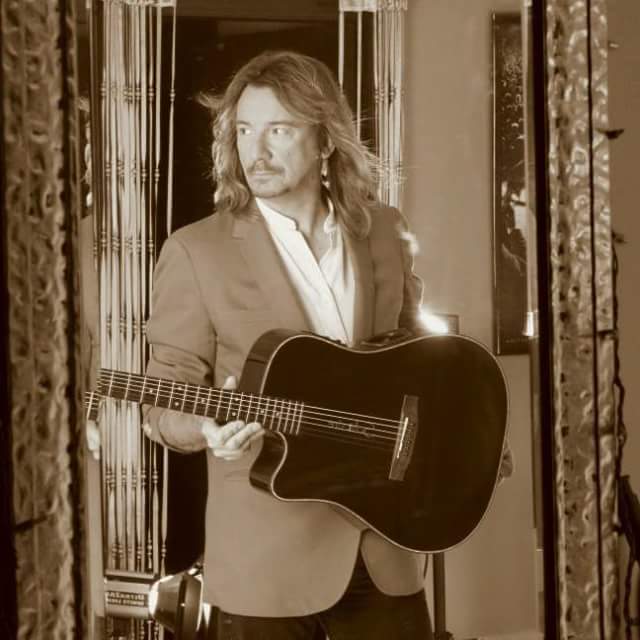 I saw him every once in a while when he came home for school and band reunions, but we had one of those friendships that stood the test of time and space. I had just reconnected on Facebook when he became ill and he made me promise I would start playing again. I am ashamed it has taken me so long to get on with it. 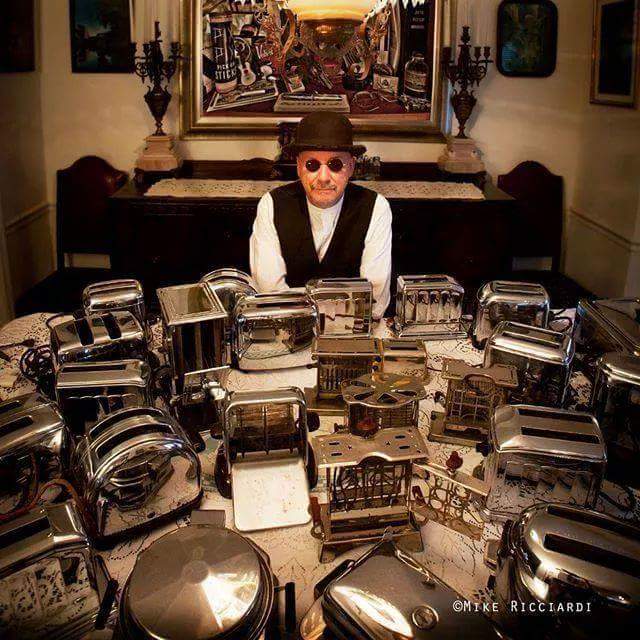 He was a beautiful soul; aways humble. Many, many people saw him as a father figure. He collected antique toasters and had the most brilliant sense of humor. This interview clip with Foghat's drummer was filmed less than two months before he passed away and he still found comedy in life.
Below was the last time he was in the studio before losing his music. Also know that the audio is ambiant sound from the video camera mic, not mixed down, and it still sounds wonderful. I know we are lucky to have this footage, but it makes me profoundly sad to watch it.
BADFINGER
Speaking of stolen drummers...
⚫
I miss Bill every day in some way.

Is there anything you did before that you would like to pick up again?
Posted by La La in the Library at 11:50 PM