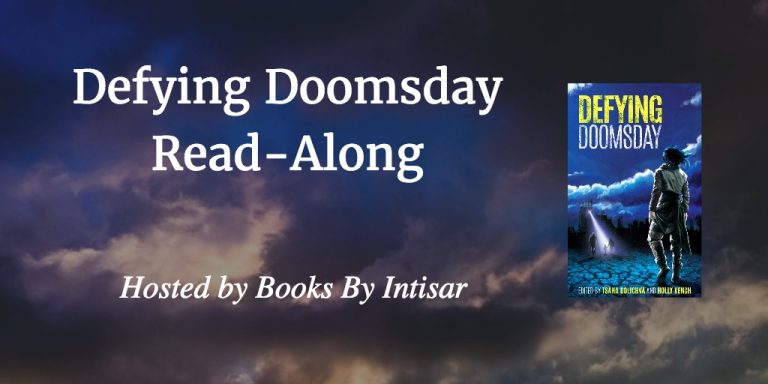 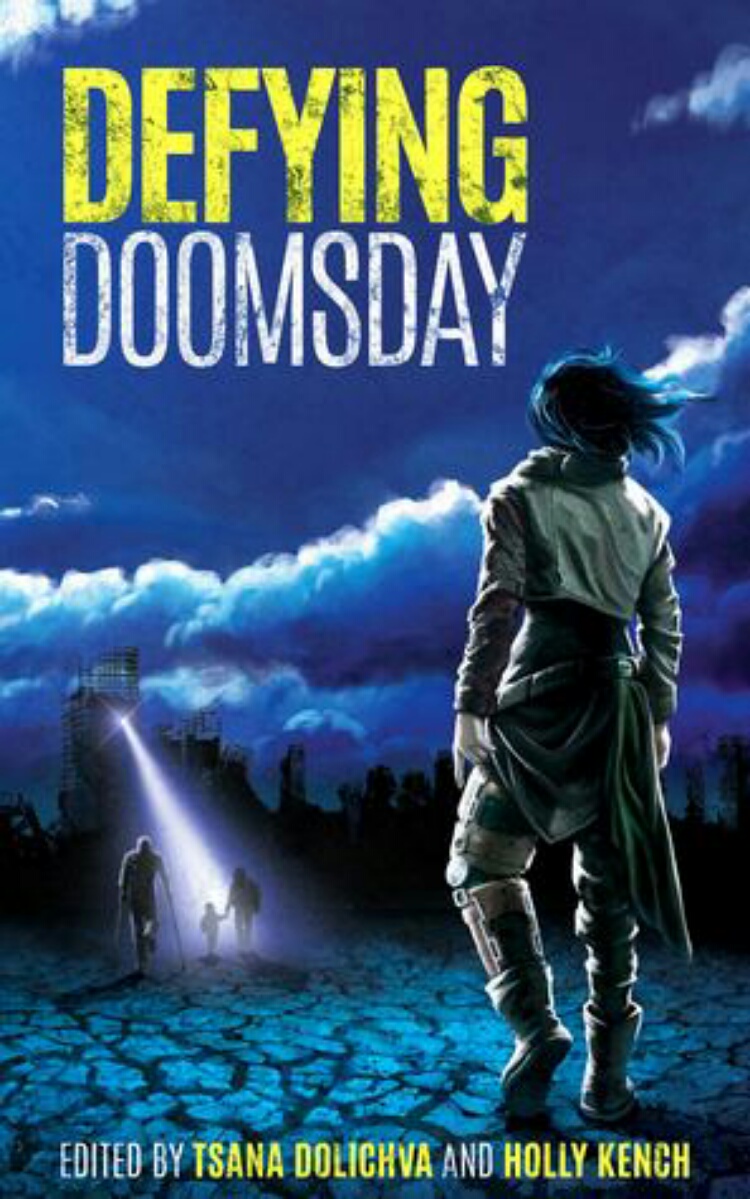 I am participating in a READ-A-LONG hosted by Intisar Khanani, author of THORN and THE SUNBOLT CHRONICLES.

I am adding each week's post to the original. To get the full timeline read from the bottom up.

1. “In the Sky With Diamonds,” opens with Megan in her capsule, attempting to distract the aliens from pursuing and destroying her sister’s ship. What do you think of Megan’s argument that humans both destroy the sacred and contain it within them?
▪ ▪ ▪
It made me think of our inner-child for some reason. I am always hearing people say to kids: "grow up", "toughen up", "dont be a crybaby"; yet it seems to be those things that make people less humane when they are grown. I have never said those things to my son.

2. “Two Somebodies Go Hunting” is the story of Lexi and Jeff setting off to hunt a kangaroo through the desert-like outback. How do you think Lexi and Jeff’s relationship may be different going forward?
▪ ▪ ▪
I think once "the secret" was out it relieved some of the tension in their relationship. I am hating calling it "tension" though because that isn't the true essence of the situation, but I can't think of another word for it. I feel the telling will help them understand each other better and let them behave more like young brother and sister than the "adults" they have had to become through hardship.


3. In “Given Sufficient Desperation,” Vera categorizes items for the alien occupiers. How long do you think you would last in such a job?
▪ ▪ ▪
I love looking at images on the internet, although I do get to pick my own searches. Compared to some of the jobs I have had, like working on a loading dock unloading trucks, this one would be like a vacation. Ha ha. Also, Facebook has a new identification "game" set up where you identify whether a page is categorized correctly, or if an image corresponds to the page. When I played it all I could think of was this story!


4. “Selected Afterimages of the Fading,” told in second-person point of view, follows Caleb, a researcher with muscle dysmorphia working to combat the fading. Beyond yourself and your family, what would you pay the most attention to if you were a super perceiver?
▪ ▪ ▪
Only because I think there would be more than enough people interested in animals and plantlife, as a musician, I would say musical instruments. Although as a faithful supporter of the underdog, I would probably ask for a list of underserved things. Ha ha. Ohhhhh... will look at that wonderful slime mold.

1. What do you think of Robert Hoge’s statement, made in the introduction, that ‘People with disability already live in a post-apocalyptic world.’?
◾ ◾ ◾
I think it depends on the disability and the medical treatments and equipment available. If you have severe mobility problems or sensory problems it is in a way, but post-apocalyptic environments encompass so much more than that: not enough food and medical care, improper shelter and clothing, rogue bands of viciously dangerous people, scarce drinking water, life threatening disease; which I don't think most people in first world countries ever experience all at once, if at all. If you are disabled and homeless both, then I would agree more. In a way I think saying this takes away from people living in wartorn areas and places that have very little food, insufficient shelter, drinking water, no medical care, lethal diseases, and dangerous elements all the time. These people are truly living post-apocalyptic lives.

2. In “And The Rest of Us Wait,” Iveta and her family join a multitude of others in an underground shelter to wait out the impending meteor impact. Many of the other refugees show anger and resentment about the “special treatment” received by those with disabilities and chronic illnesses. Is it really special treatment? And do you think this portrayal of resentment was realistic?
◾ ◾ ◾
I didn't view it as special treatment because each person was getting what they needed to stay as healthy as possible, not more than they needed. I can see the resentment being realistic in those circumstsances. Even normally giving people can act selfishly when they are under huge amounts of stress and their own survival, or a loved one's, is on the line.

3. In “To Take Into The Air My Quiet Breath,” three sisters journey to a hospital through a land devastated by a flu epidemic. Despite the closeness of these sisters, there are so many silences, so many secrets being kept—and finally shared. How much hope do you have for these characters at the end of the story?
◾ ◾ ◾
I think the key to this question is, "... and finally shared." I think they were a cohesive family trio and the secret keeping was part of sparing the others. They each had their own separate strengths to add to the group. I had a lot of hope for them at the end of the story, and for Baby, too.

4. In “Something in the Rain” Holly takes good care of herself and her cat, despite something hungry in the rain. My question is, are you as much of a cat person as Holly is?
◾ ◾ ◾
Ha ha ha, I'm as much of a cat person and all animal person. I had a goldfish for ten years, and when we moved its air bladder got off balance and it couldn't stay upright, so I sat and cradled it in my hand, after we put it back in the tank, for almost 48 hours before it righted itself. I got my ex to hold it up for a couple of hours twice so I could nap. It lived for five more years. Also, we have flooded here a couple of times in the last few years and our cat has a nicer bugout bag than we do!

5. In, “Did We Break the End of the World?” Jin and Aisha are scavengers in a city after the Pulse knocked out electricity and left only teenagers. What would be your specialty to scavenge / sell at a market after the apocalypse?
◾ ◾ ◾
BOOKS! They would be needed because of the battery charging difficulties. I would set up a little book stall at the trading site. I would take genre requests and try to find books to fill the orders. I would be great at recommending books, too!

6. Are there any other thoughts or comments you want to share?
◾ ◾ ◾
Yes, I was thinking about how much technology has helped people with physical disabilities and how in the future many will be able to live normally functioning lives with advances in these technologies. I think the stories showed this by what characters lost after the cataclysmic events. We do, however, need to make sure everyone has equal access to them.

Have you read any books or stories with disabled main characters?
Posted by La La in the Library at 4:03 PM