THE SUNDAY POST is a weekly feature hosted by Kimba at the Caffinated Book Reviewer. It is a chance to recap the previous week, share news, showcase books and/or bookish things we have received, and tell about what is coming up on our blog in the next week. You can view the guidelines, HERE.

TELL ME TUESDAY
I am still only listening to audiobooks.

I MUSTACHE YOU TAG
You can find out what my strangest jobs were. Ha!

TOP FIVE FRIDAY
What books would be on your syllabus if you taught "subject" 101. You will have to go have a peek to see what subject I chose.

AUGUST HAUL
Just in case you don't want to hoof it over to my post, I will be nice and tell you about the ebook deals I found. THE MARTIAN is a $1.99 ebook on Amazon and the added narration was $2.99, but I don't know if that is still on. The narrator is pretty great, so I would check to see and not miss out.

WEE FREE MEN is still a $1.99 ebook. Shannon from REX ROBOT REVIEWS gave me the heads up about this one. 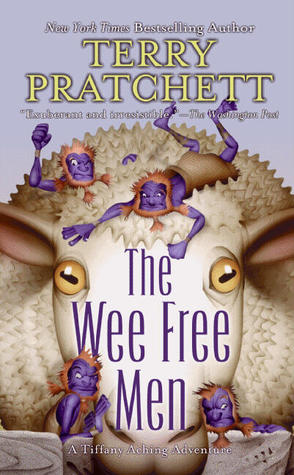 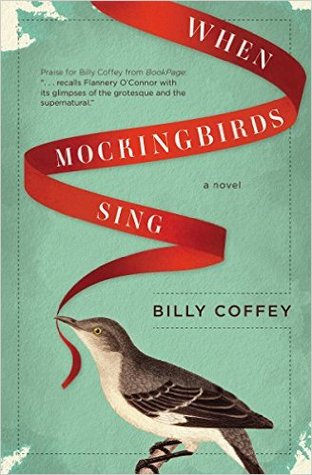 It is about a young girl and her imaginary friend.

If you want the links to any of these books, please go to my STS post. Ha ha, I am not that nice.

Elizabeth from SO LONG... & THANKS FOR ALL THE FISH started an Anime/Manga 101 feature. I have watched a lot of anime, but I am a nube when it comes to manga, so I will be a faithful follower of this feature.

You can see which words were added to the OXFORD DICTIONARY on MENTAL FLOSS.

IN CYBER LIFE
I had a bad week in cyberspace. First a disgruntled blog commenter tweet bombed me on twitter with 20+ tweets about how rude I am. Then someone (I do not know) on Twitter asked an opinion question and proceeded to word bash everyone who didn't share her opinion and her friends joined in. She didn't really want people's opinions, she wanted to start a war. Then someone in my book club, on one of the Harry Potter Facebook groups I am a member of, started commenting about how most young people are now basically illiterate because of the internet. She said several of the YA books she had read lately were written in "textspeak" and she supposed that would become the norm because it is the only way young people will be interested in reading books.

I commented back that I read a ton of YA and the only time I have seen "textspeak" used in a book is when the characters are texting or tweeting in the story. She then added that they all speak in "textspeak", so it would make sense that books were now being written in it (did she even read my comment). I told her that I don't know any young people who speak in "textspeak" and I am around a lot of them between my son and nephews and their friends, and the kids I volunteer with. I said in fact on the internet where they do not have character limitations like emails, Facebook and blogs they very rarely use it. THEN another member jumped in saying I must be lucky with the kids I come in contact with because all the young people she knows speak that way. I gave a few more examples such as, if they all wrote and spoke that way no one would be graduating from high school or getting into college. The later commenter is from the UK and I said she had better be careful what she comments because that doesn't paint the English education system in a very positive light if her experience is true. Neither of these people have children, and I have never seen them comment about nibblings, or any other younger family members, so I do not know where they get their expertise. When I saw that the member who is known as the Queen of Disruption (you will find out about her in my next WHATCHA THINKIN' BOUT post) had also commented, I left the group, but not before commenting that I wonder what JKR would think about what they were saying about young people because she is their champion. It made me sad to abandon my book club.

And last, but not least... yesterday I was commenting on a Twitter thread started by someone whom I thought was a tweet peep and blogger buddy, when everyone else on the thread started commenting *wink* and *wink wink* after every comment I posted, and the blogger wasn't acknowledging anything I asked, but answering others. I was CRUSHED. She is one of the book bloggers who is always starting BloggerLove hashtags and blogger morale hash tags, and then she does this. Needless to say I have run from my blogging Twitter account and have taken refuge in my personal account, with people I can trust.

It was definitely a STRANGE week because I received an odd email when I was approved for this book on EDELWEISS. GOODREADS
The publisher said that this book must be reviewed on a blog and the link to the review is to be sent via email, or they will not approve anymore titles from their publishing house. That's a new one for me.

There might be a WHATCHA THINKIN' BOUT if I finish the research on either one of two I am working on, and if Skye and Cait post questions for BEAUTIFUL PEOPLE there will be a post for that feature, also.

HAVE A DELIGHTFUL WEEK!