TFF is based on TOP TEN TUESDAY by The Broke and the Bookish. I always frown in a defeated manner trying to come up with ten books for TTT so...

I had multiple ties, so I am going to do three lists.
NOW & THEN & WAY BACK WHEN

M.R. GRAHAM: Five books - four books within the Books of Lost Knowledge series: The Medium, The Mora, The Wailing, and In the Shadow of the Mountains; Adult Paranormal (vampires). One Science Fiction, The Siren. M.R. Graham. 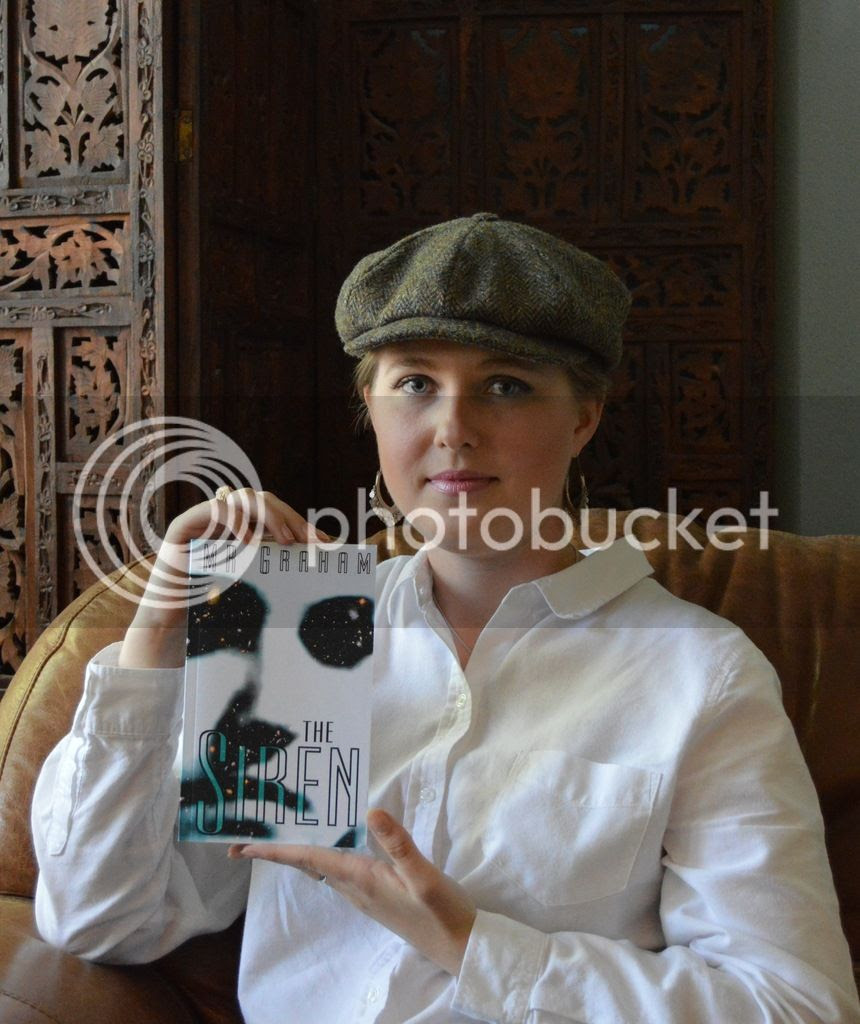 *M.R., I was a good girl and used the serious photograph. 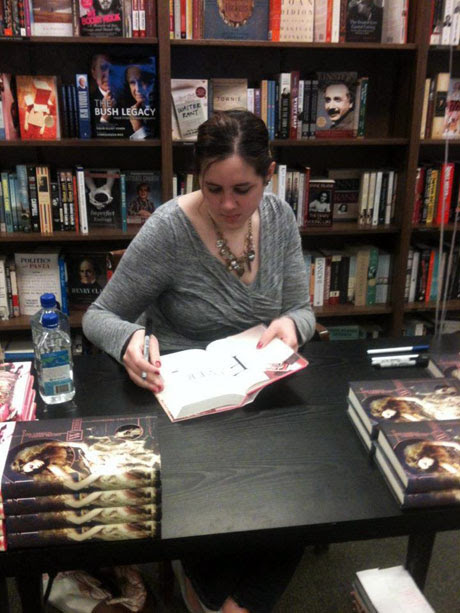 BETH REVIS: Four books - the Across the Universe Trilogy, and The Body Electric; YA Science Fiction. B. Revis. 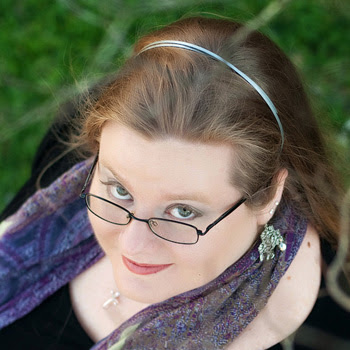 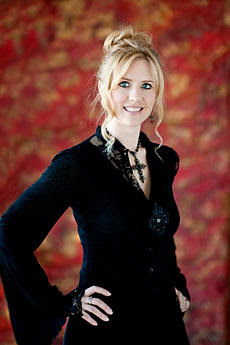 I know, I know that is six, but A.G.'s novella had to count,

MADELIENE L'ENGLE: Eleven books from - The Wrinkle in Time Quartet, the Austin Family Series, and the O'Keefe Family Series; Middle Grade into YA. M. L'Engle. These books span two categories because I read the first book in fourth grade (age nine), where it sparked my love for Science Fiction, two and three in college because they were not published until the 1970s, and the 4-8 I read in the late 1990s, as and adult with my son because nine was not published until 1989. There are two or three other books in the series that I have yet to read. 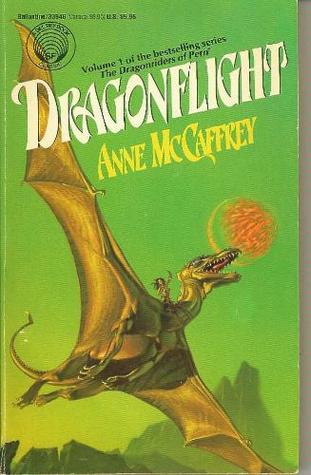 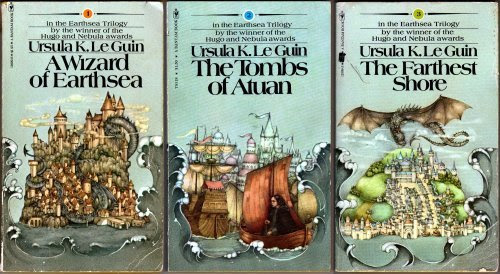 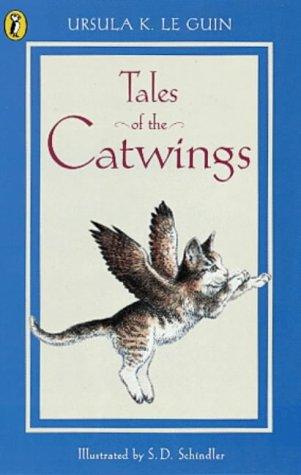 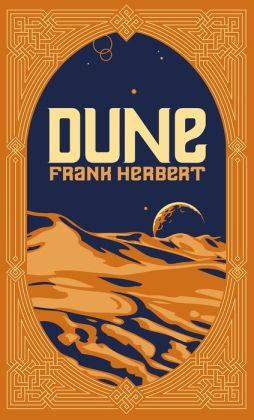 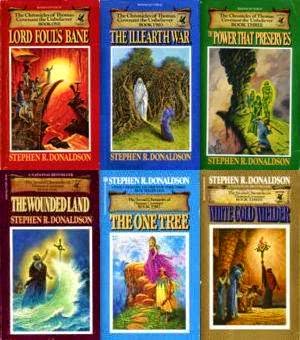 HONORABLE MENTIONS
SHAKESPEARE - 10
I didn't count him because these were all required high school and college reads.
KURT VONNEGUT - 5
He was my college days favorite.

This was the first book I read all by myself.

WALTER FARLEY: Twenty books - the first 16 titles of the Black Stallion Series, Man O'War, and the Little Black Pony Trilogy; Middle Grade horse books. W. Farley. I now realize, after reading his Goodreads bio, that he only lived about 45 minutes from my childhood home. I wish I had known that back then. 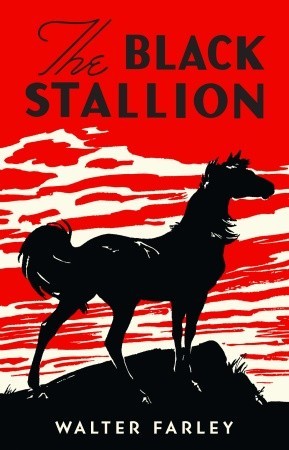 BEATRIX POTTER: Fifteen books - from The World of Beatrix Potter; Childrens. B. Potter. This reminds me there are about eight more of the original tiny books I need to read, and that I want to return to collecting them all in hardcover. I only have three right now.

L. FRANK BAUM: Fourteen books - I read the first six or seven books in the Wizard of Oz Series as a preteen when I was staying at my aunt's, and I was coveting the full matching set she had purchased for her daughters. I just finished listening to the complete set of Oz audiobooks. They certainly would not be considered child friendly now. L.F. Baum.

LAURA LEE HOPE: Ten or twelve - from the original Bobbsey Twins Adventures; Middle Grade. Laura Lee Hope was actually a pen name for multiple writers who wrote these stories for the publisher. L.L. Hope. The books I read were all first edition copies from the 1920s that my grandmother bought for her family, and somehow my mother ended up with them. They are similar to the Hardy Boys and Nancy Drew books. 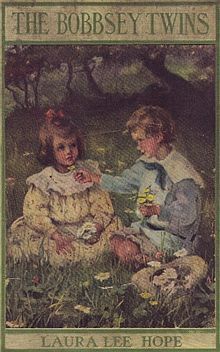 LAURA INGALLS WILDER: Nine books - the original books in the LITTLE HOUSE SERIES, Middle Grade. L. Ingalls Wilder. I moved and changed schools in the middle of fourth grade, and I find it interesting that my city school 4th grade teacher was reading A Wrinkle in Time to the class, and my teacher from the country school, where I moved, was reading the Little House books to the class. 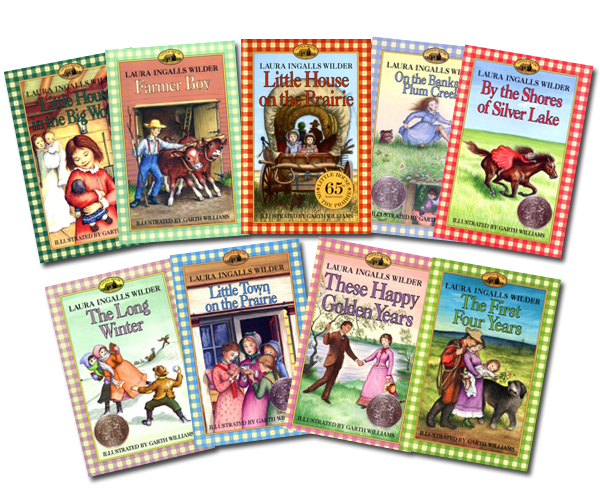 JILL MURPHY: Six books - The first six Worst Witch stories; Childrens. J. Murphy. I read the first four with my son. They were the only ones published before he became too old for them. I won books 1-6 in special anniversary paperback editions, last year, so I read the next two. There is a new seventh story published just last year that I do not have.

Who is your most read author?
Posted by La La in the Library at 1:22 PM