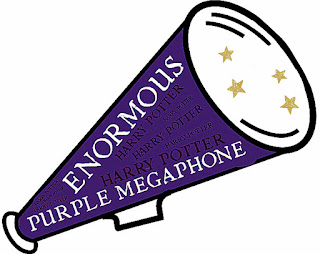 This feature was previously titled Potter Chat, but I was asked to remove "chat" from the name because there is a podcast called Potter Chat. I figured if I had to change it I'd go way out there, so it most likely wouldn't match anything else: past, present, or future. The new name is a nod to the enormous purple megaphone Professor McGonagall used on the quidditch pitch. 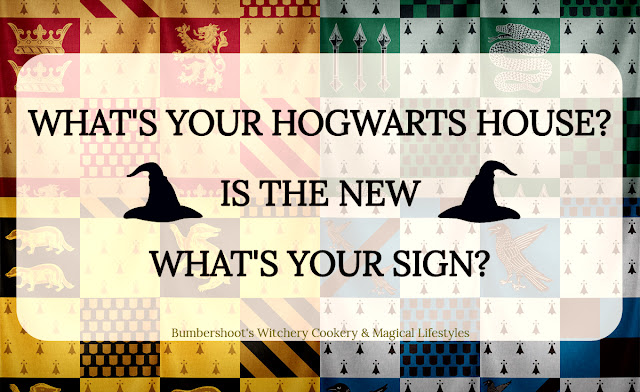 I've been planning this post for a while, ever since I took the new house percentages test based on the Pottermore sorting hat questions (see test link farther down), but I sped up my process a bit because it was announced last week there is a new "reimagined" sorting hat ceremony coming to Pottermore and I wanted to be ahead of the curve!

I took my first Hogwarts house quiz/test at the Barnes and Noble midnight book drop for Goblet of Fire in 2000, and got Ravenclaw; my son did, too. My ex was working a Kiss concert out of town and he took it when he got home and it put him in Ravenclaw, but he said it was wrong and went out and got a huge tattoo on his calf that was a hybrid of the Hogwarts crest and the Gryffindor crest. Ha ha. A larger test came out after the first movie, and my son and I were put in Ravenclaw again, and... you guessed it, The Ex was put there too. He never gave up the notion that he was indeed in Gryffindor. I can see him sitting under the Sorting Hat chanting, "Not Ravenclaw, not Ravenclaw." 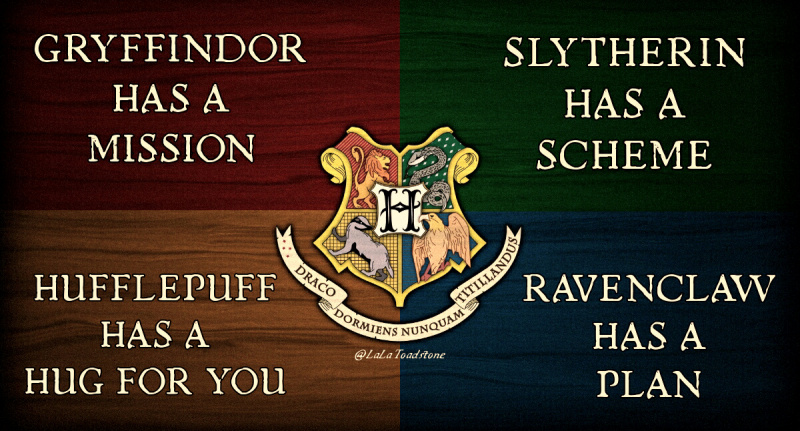 I took around ten or twelve tests/quizzes between that first test in 2000 and when the Pottermore website came to be in in 2012, offering what was considered the fandom gold standard, their Sorting Hat test. Before taking the Potternore test I was only sorted into a different house one time, Gryffindor.
⚫
I was a member of a Harry Potter social site attached to The Leaky Cauldron.org website, called MyLeaky, when Pottermore opened its gates. Everyone was afraid to take the test in fear of being put in another house. I was the brave one of all the Ravenclaws and took it first and got Ravenclaw. Most of the other MyLeaky members of my house weren't so lucky. Many of them were being put in Gryffindor, with a few Slytherins and one Hufflepuff. They kept making new Potternore accounts and asking me what answers I gave so they could get sorted into Ravenclaw, heh heh. That's when we figured out some of the questions were different every time you took the test. I don't think anyone ended up changing where they were on MyLeaky, and don't recall anyone transferring into our house either. I sincerely think, regardless of the test results, we all know in our hearts where we belong.

Then in 2015 came the new streamlined Pottermore with another wand quiz, and improved Sorting Hat test. You could keep your original wand and house if you wanted, so that's what I did. MyLeaky was no longer, but there were a few of us still connected on Facebook and Twitter and to my knowledge no one took the new test in fear of losing their house. I'm not 100 percent sure about that, though, so I'm going to be touching base with them, and some of you, to see what everyone's house journey has been like for a future post. My son didn't take the first Potternore test, but he took the second one and it put him in Hufflepuff, after thinking himself a Ravenclaw all those years. However, he loves being a Hufflepuff.
⚫
I did however end up taking the aforementioned house percentages test, which included all the second Pottermore Sorting Hat questions, when it showed up on a separate website and wouldn't have any effect on my Pottermore house. 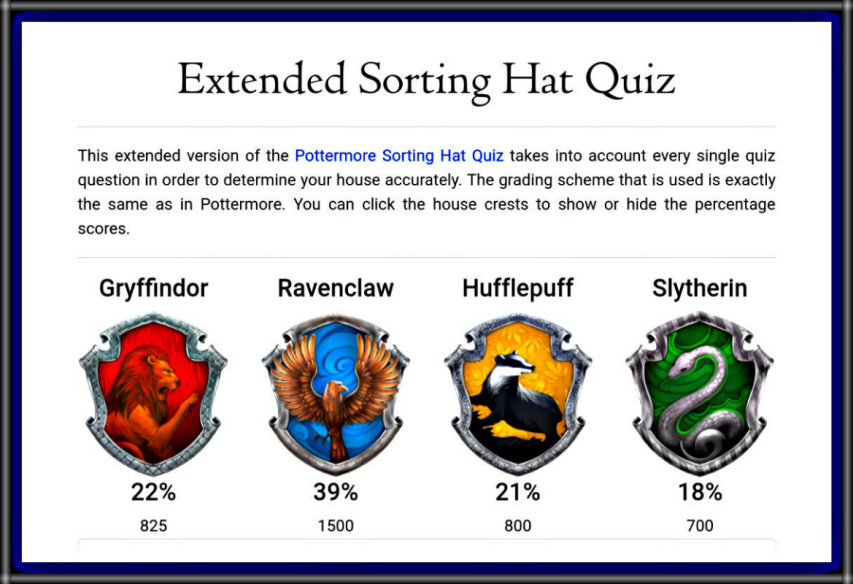 WIZARDMORE HOUSE PERCENTAGES TEST
As you can see I'm pretty even across the board, so I'm surprised I haven't gotten other houses more often. This Sorting Hat seems to have confused a lot of newer Harry Potter fans because I have seen a lot of people saying Pottermore put them in all the houses. I tried to explain it to a few of them, but all but one of them were snippy and rude about it, saying I didn't know what I was talking about. I wonder if the nice one was a Hufflepuff. Ha! The newer fans definitely seem to be a new breed of Potterhead. 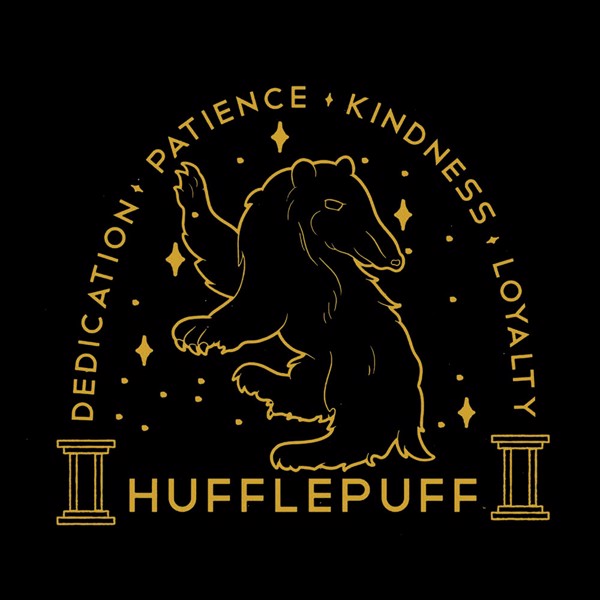 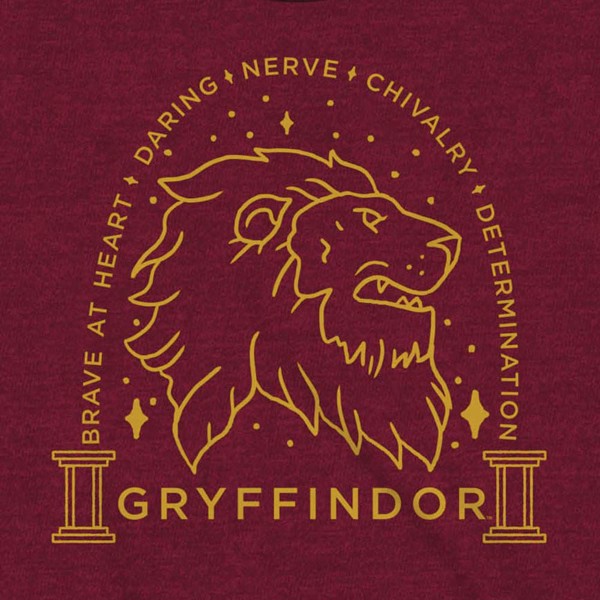 DID YOU TAKE THE FIRST POTTERMORE TEST?

DID YOU TAKE THE SECOND POTTERMORE TEST?

ARE YOU PLANNING ON TAKING THE NEW POTTERMORE TEST?

What's your Hogwarts house?
Did you base your house on a test or your heart?
Posted by La La in the Library at 2:23 AM