As you know I do not do blasts or blitzes for authors and books I am not familiar with so this promotion has my full recommendation. I first read Intisar's standalone fairytale retelling of The Goose Girl, THORN, and I fell in love with her writing style and storytelling skills. I have since read her free novella, THE BONE KNIFE, and then the first book in the Sunbolt Chronicles... 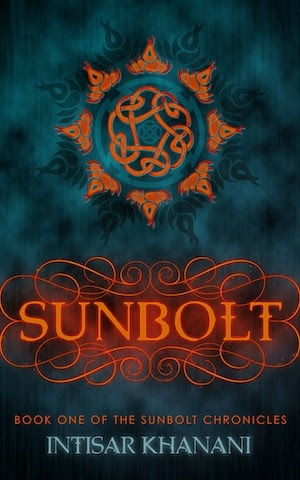 SUNBOLT SYNOPSIS
"The winding streets and narrow alleys of Karolene hide many secrets, and Hitomi is one of them. Orphaned at a young age, Hitomi has learned to hide her magical aptitude and who her parents really were. Most of all, she must conceal her role in the Shadow League, an underground movement working to undermine the powerful and corrupt Arch Mage Wilhelm Blackflame."
"When the League gets word that Blackflame intends to detain—and execute—a leading political family, Hitomi volunteers to help the family escape. But there are more secrets at play than Hitomi’s, and much worse fates than execution. When Hitomi finds herself captured along with her charges, it will take everything she can summon to escape with her life." - GOODREADS

Needless to say I have been waiting impatiently for the sequel and I am happy to report I am reading it now! 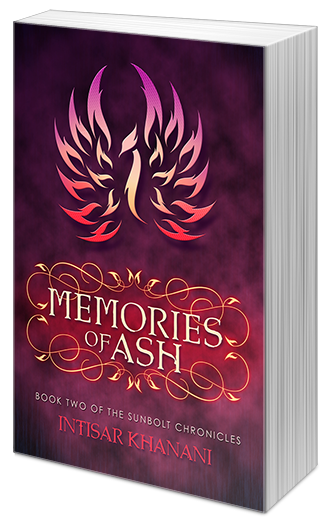 And I am loving it!

SUMMARY
(if you haven't read Sunbolt yet, read at your own discretion)
In the year since she cast her sunbolt, Hitomi has recovered only a handful of memories. But the truths of the past have a tendency to come calling, and an isolated mountain fastness can offer only so much shelter. When the High Council of Mages summons Brigit Stormwind to stand trial for treason, Hitomi knows her mentor won’t return—not with Arch Mage Blackflame behind the charges.Armed only with her magic and her wits, Hitomi vows to free her mentor from unjust imprisonment. She must traverse spell-cursed lands and barren deserts, facing powerful ancient enchantments and navigating bitter enmities, as she races to reach the High Council. There, she reunites with old friends, planning a rescue equal parts magic and trickery.If she succeeds, Hitomi will be hunted the rest of her life. If she fails, she’ll face the ultimate punishment: enslavement to the High Council, her magic slowly drained until she dies.

Keep reading to find the Kindle giveaway at the end. 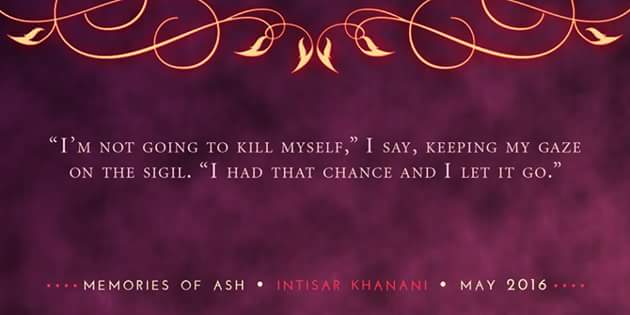 EXCERPT
I start forward, my eyes on the bundle ahead of us. I cannot quite make out what it is. Something sticks out from the bulk of it, reaching across the floor like an errant branch, dried twigs.

Filled with foreboding, I draw closer, straining to make out the thing in the light of the glowstone. The mage slows beside me. My throat closes up. I stare, frozen mid-step, at the shape stretched out before me: a body that is nothing more than papery skin curled over the brittle bones within. A mummified corpse, preserved by the endless heat, untouched by nature, its clothing long since dissolved away. Its bones protrude obscenely: each rib tracing a line around its chest, the pelvic and hip bones encased so tightly in skin that the gaps, the natural spaces formed by the bone, seem translucent, as if the light were shining through thin parchment.

My stomach tightens into a ball. I swallow hard, forcing down the bile in my throat. The skull bears no expression, dull teeth showing through leathery lips, the eyes long since shriveled away. But that hand, outstretched... A plea. Or a single, hopeless attempt to escape death.

Beside me, the mage breathes a curse. 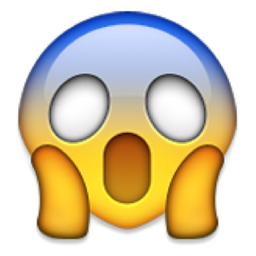 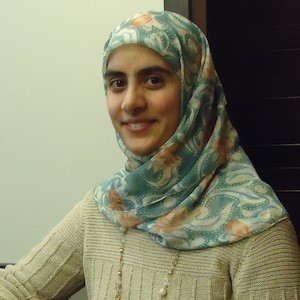 Intisar Khanani grew up a nomad and world traveler. Born in Wisconsin, she has lived in five different states as well as in Jeddah on the coast of the Red Sea. She first remembers seeing snow on a wintry street in Zurich, Switzerland, and vaguely recollects having breakfast with the orangutans at the Singapore Zoo when she was five. She currently resides in Cincinnati, Ohio, with her husband and two young daughters.

Until recently, Intisar wrote grants and developed projects to address community health with the Cincinnati Health Department, which was as close as she could get to saving the world. Now she focuses her time on her two passions: raising her family and writing fantasy.  Intisar’s current projects include a companion trilogy to Thorn, following the heroine introduced in her free short story The Bone Knife, and The Sunbolt Chronicles, an epic series following a street thief with a propensity to play hero when people need saving, and her nemesis, a dark mage intent on taking over the Eleven Kingdoms.                           Website | Goodreads | Facebook | Twitter 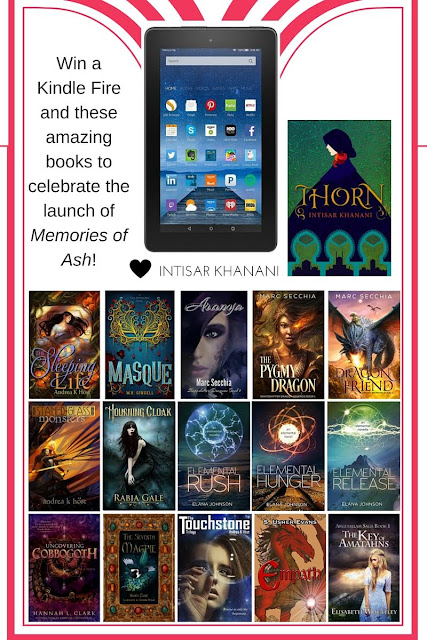