THINGS I HAVE WON
BEYOND THE BOOKS is a weekly meme where KissinBlueKaren throws out a topic (mostly non-bookis) and we blog about it.

I have been book blogging a little over two years and I have won some pretty fabulous things in that time. Here are the biggest and the best.
♦♦♦♦♦♦♦ 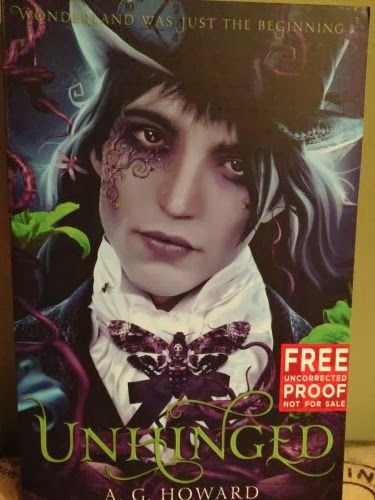 I know this is only a single ARC, but trying to win this baby is how I accidentally started my blog, which morphed into a book blog when I reviewed it's predecessor, Splintered. I was trying to verify Rafflecopter entries for Unhinged, and somehow ended up with a blog instead of a Google+ account! I did not win that particular Rafflecopter contest, but I did win it in another giveaway.
♦♦♦

My first Rafflecopter win was a doozie! 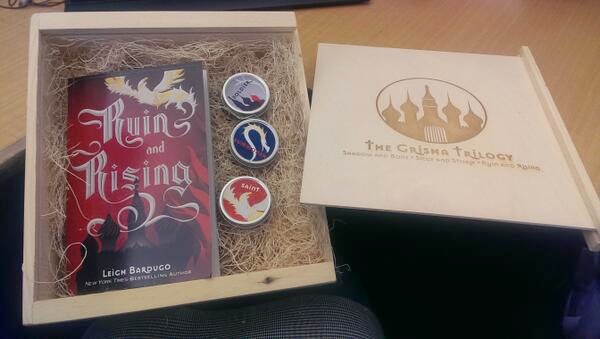 It was a beautifully embossed wooden Grisha box with three scented candle tins and a Ruin and Rising chapter sampler. I use the box to store notes, cards, mementos, and letters from authors; and special bookmarks I have been sent from both authors and other book bloggers.
♦♦♦

The very first YA I read (knowingly) was Across the Universe. I say it was my YA gateway drug. I was OVER THE MOON when I won the AtU complete trilogy in paperback, SIGNED, and a limited edition The Body Electric, numbered and SIGNED! Plus, a boatload of swiggity-swag that my sister pillaged before it even got into the house because Beth is her favorite author. It was a big mistake opening the box in her car. Hehe. The first thing she nabbed was the water bottle. After thinking about having the signed trilogy of her favorite author I felt guilty, so I gave her the numbered and signed The Body Electric, and the rest of the swag she hadn't already swiped, for her birthday. I won this for a blog post I did on the symbolism in TBE.
♦♦♦

I won a paperback copy of Blinded by the Light, a $20 Amazon gift card, and a custom tote hand-painted by Becca from PIVOT BOOK TOTES in a BBtL blog tour giveaway. I already had the paperback, so seeing that it was an international contest, I had the author send it to my blogging Buddy, Pili. As you can see, I had Becca use my TELL ME TUESDAY design.
♦♦♦

My son and I read the first four Worst Witch books from the library when he was little, and also loved the television show that was on HBO, so I was excited to win these from the publisher when they re-released the paperbacks with new cover art. They are a fabulous addition to the library I have started for my someday grandchildren.
♦♦♦

Again, I won a single ARC of Ensnared the last book in the SPLINTERED TRILOGY (the Splintered flip ARC in the pic I traded for so that I would have all three), but this giveaway had 16,389 entries, so it was a miracle that I won. I wanted this book so incredibly much that I did every possible entry, including tweeting every day for a month and sharing the cover image on one of my five book related social media platforms every day. 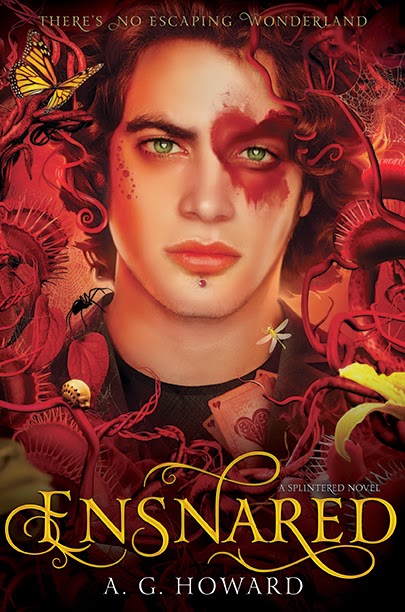 Perks of knowing the author; she personalized it to me.
♦♦♦

I loved this win of all the Candlewick Press Distinguished Book Award winners because it had the Edward Tulane book I had been wanting to read, a title from one of my favorite authors, Cecil Castellucci and a hardcover illustrated first edition of A MONSTER CALLS!
♦♦♦

I won the July NOVL BOX giveaway curated by author Libba Bray, and I was grinning because I knew she was one of my blogging buddy Elizabeth's favorite authors. I kept the tote for myself (and ate the Swedish Fish), gave the nail polish to my mani-pedi freak sister, and the rest I sent to Elizabeth!
♦♦♦

I won a huge stack of books from a giveaway by Penguin Publishers newsletter.

I received 16 books, most of them hardcovers. Included in this mega-pile are: The Rose Society (which I have already given away to my blogging buddy Michelle), Blood and Salt, and The Witch of Lime Street. The three books I was excited about were: M Train by my punk rock idol Patty Smith, Two Years Eight Months and Twenty-Eight Nights by Salman Rudshdie, and Lost Ocean a high end adult coloring book.

This image is from WINK BOOK'S post about this book because as you can see from the above stack photo... KINDLE CAMERAS SUCK SO BADLY THEY CAN CREATE BLACKHOLES!
♦♦♦

My heart of hearts win was this book...

OF BREAKABLE THINGS got me out of a leviathan of a month long reading slump. I also re-read it almost immediately because it gave me this strange comforting feeling like Harry Potter. Anyway, I read the ebook and was itching to have it on my shelves and I won it! Again, I did both of the every day entries faithfully. Perks of getting to know the author... not only did she send me her last author copy because she liked the formatting better, she personalized it and sent me a beautiful letter.

What are some of your favorite wins?
Posted by La La in the Library at 12:58 PM