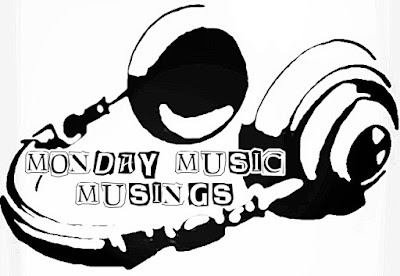 PHOTO NBC NEWS
I remember seeing SOUNDGARDEN for the first time on MTV's 120 Minutes in 1989. It was their video Hands All Over. I was excited for my ex to get home from his gig so we could watch the re-airing of the show and he could hear Cornell's full, edgy voice. It was the last time I was ever hyper excited about a new band. He loved them as much as I did and went out the next day and bought LOUDER THAN LOVE.


*The "mother" in this song is "Mother Nature". I proof read and edited a college student's paper who was using it as an example of rock lyrics with violence against women. After I explained that the lyric was about the environment, they still told me to leave it in the paper. SMH

Soundgarden became a music staple in our lives, especially in the car, and by the time our son was four, in 1996, he could name all the tracks in order on all five Soundgarden CDs we had, and our TEMPLE OF THE DOG CD. That same year his father and I went to LOLLAPALOOZA, and he was upset we weren't going to take him with us because Soundgarden was on the bill. When we got home, instead of begging to see what we had brought home for him, he asked in the most pitiful voice if they had done Spoonman. I was elated when I found out that Chris was going to be touring again with Soundgarden this year because I was in hopes of catching the show with Baz, as I had always hoped we would be able to do one day.

This is their entire set from Lollapalooza 1996.

Next came AUDIOSLAVE which was basically Chris with Rage Against the Machine (another favorite band of ours).

In 2004 when Baz was twelve years old his father decided to move on. When he found this out he immediately hid every CD we had with Chris Cornell on it, so his father couldn't find them to take them. It was the only music he cared enough about to get in trouble for.

So, when I saw the news of Chris's passing on my Facebook feed, my first thought was how I was going to tell Baz when he got home from work. It felt to me like having to tell him a friend had died.

Shortly after David Bowie passed, a blogger posted a weekly wrap-up where they expressed not understanding how, or why, others get upset over people they don't know dying; I also saw a comment on a Sunday Post where another person felt the same way, and even went as far as to say they thought it was a bit, "...silly," but how does one not grieve a person who has had a large presence in your life? It may not have been a physical presence, but if it has been an emotional presence, or an inspirational one - the grief and sadness can be just as profound. If they were the soundtrack to your happy times, and their lyrics made you feel like someone understood your confusion and pain, and they helped you daydream away the boredom, or motivated you to take action, practice, or were your creative muse; their loss will be felt deeply. Profoundly.

I was aware that Chris's death was suspected to be a suicide almost immediately through musicians' sources and as one of my friends related, an avalanche of the "My Door Is Always Open" memes descended on Facebook. The first reaction I saw to this was a friend posting how tortured some musicians are just from dealing with an "artist's third eye", and that he has done it, and he knows we have done it, and sometimes there is nothing you can do. Another posted a different meme saying, many people with suicidal thoughts will not seek out your "always open door" because they have withdrawn and pulled the sadness cloud over their head and we must notice these things, and go to them. I think our approach should be all of these. Let people know your door is always open because maybe they will come and talk before they withdraw into that "cloud of sadness", also be sensitive to changes in a friend's behavior and go to them. GO TO THEM. I read an article that a friend of Chris's thought something was wrong with his demeanor on stage during that final show, but discounted it as fatigue. Hindsight is 20/20. And lastly, sometimes you can do everything you can think of to try and save someone, but it might never be enough, so don't beat yourself up about it. You still have to go on Iiving. This has opened up an honest line of conversation between my son and I about life, happiness and contentment.