TAG! You're It... Would You Rather 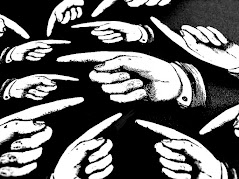 TAG! YOU'RE IT...
WOULD YOU RATHER

I saw this on Heather's RANDOM REDHEADED RAMBLINGS blog. I know I don't usually do tags, but I thought this was a good way to let people know that Heather is blogging again, and introduce her to others who may have started blogging while she was on hiatus. She answered the questions Nicci posed over on Sunny Buzzy Books, and I will be answering Heather's questions!

1. Never lose your phone or keys again?
Remarkably, I have never lost my phone, so I will say keys!
▪
2. Be covered in fur, or scales?
As much as I love dragons... I'd choose fur because it's more huggable and I love to give hugs.

3. Eat haggis or Stornoway Black Pudding for the rest of your life?
Well, I have eaten black pudding at a Celtic festival and it wasn't bad, plus the Stornoway pudding is supposed to be class, so I'd choose the pudding, but I would starve to death because I am a pescetarian who's trying to go vegan.
▪
4. Fly, or run at the speed of sound?
Fly! Every time I run I end up tripping over cracks or stepping in potholes. Imagine doing that at high speed.
▪
5. Have unlimited WiFi, or coffee at your favorite cafe?
Last year I would have said coffee, but I'm not allowed to have it anymore and I've never met a cup of decaf that I liked, ha ha, so WiFi it is! Unless they would substitute Chai tea for the coffee. Chai with coffee creamer and sugar is my new chosen habit.
▪
6. Go back 100 years in the past or forward 100 years to the future?
This one is tough! I would choose the future, only because I might not like the past when women didn't have many rights and their clothing was restrictive, plus medical pactices were pretty atrocious.

7. Visit Glasgow or Edinburgh?
Edinburgh because I'm older, so pub hopping and modern retail shopping aren't top of my list of things to do anymore. Edinburgh has the ambiance I look for with the castle and Holyrood Palace, little shops, and festivals.
▪
8. Know all the mysteries of the universe or your own future?
Wow, neither, ha! I would pick mysteries before future, though. The older one gets the more likely one is to hear about impending death. Yikes!
▪
9. Eat a spoonful of wasabi, or a spoonful of skull and cross bones labeled hot sauce?
Wasabi! Despite the aversion to spicy foods I inherited from my Irish side of the family, for some reason I am okay with horseradish heat. I think because it dissipates pretty quickly. Wasabi doesn't have the same longevity and also doesn't seem to intensify in your mouth from the beginning hotness. Hot chiles are evil. I can't even tolerate medium hot wings.

I DON'T KNOW HOW THEY DID THIS!
Irish people try the Death Nut Challenge!


10. Have super sensitive taste, or super sensitive hearing?
I already have both, plus sensitive smell and touch. The TV studio cameras we had back in the day in college had a high pitched rising tone they emitted as they warmed up to turn on, and I was the only one who could hear it. The tally lights which indicated the camera was on were on the front, so everyone would stand in front of their cameras waiting for the lights to come on. I never did and my production instructor asked how I always knew my camera was on, so I explained about the high pitched squealing sound. He didn't believe me, so he tested me. Ha ha. I could tell him the second the camera was warmed up and on. And no, I cannot hear a dog whistle, heh heh. I also have to smell dishes, glasses and flatware before I use them because if there is one molecule of dish soap left on their surfaces I can taste it in my food. I have to wash my water bottle out with lemon juice. I would prefer super sight!

1. Would you rather have a free glamping vacation with fancy tents and gourmet food, out in the wilderness with no internet, and only the chef to keep you company for two weeks; or a free vacation in NYC crammed into a tiny modest hotel room with a friend and having to eat street vendor food for two weeks, but with tickets to a Broadway show every night, museum passes, and unlimited cab fare?
▪
2. Would you rather be world famous because you were excellent at something you couldn't care less about, or regionally well known and respected for being excellent at something you love?
▪
3. Would you rather have your dream bedroom painted in the loudest version of the color you hate most (and no you can't cover up the walls), or a simple bedroom painted in your favorite color?
▪
4. Would you rather stay overnight in a possibly haunted hotel room by yourself, or in a graveyard with three friends?
▪
5. Would you rather go to a dinner party where they were serving all of your favorite food made by a five star catering company, but you didn't know anyone, or to a dinner party with all your friends, but the host is a horrible cook?
▪
6. Would you rather listen to an audiobook, or be read to by a person in the same room?
▪
7. Would you rather walk fifteen minutes to work and fifteen back, or drive an hour to work and an hour back?
▪
8. Would you rather be compelled to sing loud and off key when you hear your favorite song, or dance wildly?
▪
9. Would you rather live in an upscale neighborhood and have neighbors you hate, or a working class neighborhood with neighbors you love?
▪
10. Would you rather be a summer Olympic athlete, or a winter Olympic athlete?


I TAG EVERYONE!
If you don't want to do a post I am still intrigued as to what your answers would be in the comments; to all or even just some of the questions. I will also be answering one of my questions each week on Tell Me Tuesday, so if you want to wait and answer then, that's fabulous too!