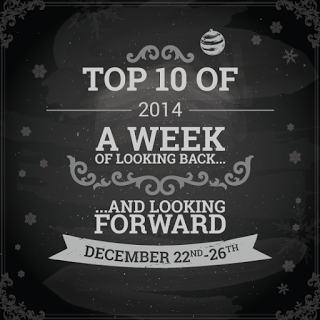 Visit Tales of the Ravenous Reader for her top ten and blog hop linky thing.

I HAD A BRIGHT IDEA!!

I decided to do Top Ten YA Books for this post because I am doing a special, super secret, New Years Eve post about my NUMBER ONE favorite book this year, and thank goodness it was an Adult category novel, or I would not have been able to do this blog hop and keep it a secret. My number one Young Adult book was basically a tie with the Adult novel, so it worked out perfectly!

and let's have a look.

(I probably should have done this from 10 to 1, but oh well)

1. Gates of Thread and Stone
by Lori M. Lee

"In a city of walls and secrets, where only one man is supposed to possess magic, seventeen-year-old Kai struggles to keep hidden her own secret...  When Kai was eight, she was found by Reev on the riverbank, and her “brother” has taken care of her ever since...  Kai’s only friend is Avan, the shopkeeper’s son with the scandalous reputation that both frightens and intrigues her...  Kai must unravel the threads of her past and face shocking truths about her brother, her friendship with Avan, and her unique power."
*******

You can read my FIVE STAR giffed-up review of this MARVELOUS novel, HERE.

As usual I have a bone to pick with a few of the reviewers on Goodreads. Firstly, I hate it when people do not actually read the book, but read the synopsis and act like they have read the story. Grrrrr... Several people said things about not liking time travel storylines and one reviewer even said there was so much time travel she got confused; and I think that reviewer gave GoTaS a one star rating! Well guess what? THERE IS NO TIME TRAVELING IN THIS STORY!!! These readers saw a mention of threads of time in the synopsis and thought they could fool people into thinking they had actually read it. Shame on them.  My question is, if they don't like time travel storylines why would they be reading it if they thought it was? I want to snip their little heads off.

The other totally off-base reviewers were under the impression that there was not enough romance. This book is Fantasy (with strong undercurrents of Dystopian), not Romance!!!! If you want a book dripping with eyelash batting and swooning, go read a ROMANCE novel. Off with their heads!!

There is romance, but there isn't groping, grunting, and grinding on every other page. Lee's love scenes were slow, sensuous, tingly and well placed. I love that.

2. Of Breakable Things
A. Lynden Rolland

GOODREADS
A captivating debut about the fragility of life, love, and perspective.
"When Chase dies tragically, Alex embraces her own mortality. What she didn’t expect was that she’d have to make a choice: forget the years of pain and suffering once and for all, or linger as a spirit and get another chance at life.

You can read my glowing review, HERE.

But this is a four star review you will say after seeing other five, and four and a half, star rated books below this, how is it in the number two spot? Because this book captured my heart. I rate books based predominately on how well they are written and fulfill the needs of readers of their genre. Very little is based on my quirky likes an dislikes. Beyond this story being full and interesting, it has a charm to it, a welcoming feel that I think struck a special note with Harry Potter lovers; despite not being much like HP at all. I have seen other OBT reviewers claiming to feel that same comforting Hogwart's vibe, so I am not alone. THIE EBOOK IS ONLY  99 CENTS right now, and FREE on KINDLE UNLIMITED, so if you don't have this jewel, snap it up!!

3. Stone in the Sky
By Cecil Castellucci

The best Science Fiction novel I read this year!! I read the ARC and I haven't reviewed it here on the blog yet because the release date isn't until March, but you can peruse my FIVE STAR Goodreads mini-review, HERE. If you like aliens, space, Star Trek, or Star Wars; I guarantee you will get lost in this book, the first book is in my number ten spot.

What can I say? This is my favorite fairytale retelling next to Maguire's Wicked! Again, this was an ARC and the book isn't out until January 6th, so HERE is the link to my FIVE STAR Goodreads mini-review of the finale of the Splintered re-Wonderlanding. Be prepared for AnyElsewhere, in this story, it is hideously captivating.

The covers are MAGNIFICENT!!

5. Siege and Storm & 6. Shadow and Bone
by Leigh Bardugo 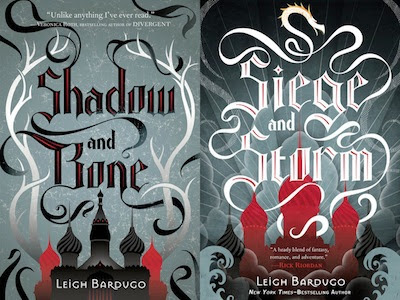 Ah... the Grisha trilogy; if you haven't heard of it, and you read YA, you must live under a rock somewhere. I loved the Russian feel to her world and there are several folktale novellas from that world I have not had the pleasure to read yet, but you can be assured that I will as soon as I have read the beautiful hardcover copy of Ruin and Rising my feature co-host, Brittersweet, sent me for my birthday. I have been dying to read it since it arrived, but I have had too many review books on my reading plate. That all changes on Christmas Day when I am taking a break from ARCs (that I don't already want to read) and specifically for review books until St. Patrick's Day. The finale to the Grisha trilogy will be the first book I pick up. Because I started reading these books well after they came out, and they are pretty high profile (and not really needing my promotional help), I will be reviewing the trilogy as a whole after I finish R and R, so be on the look out for that gif-filled post next year.

Again another trilogy not reviewed here on this blog because, um, HUGE, and not in need of my blogging time and attention. My son bought me the boxed set as soon as it came out. I will say I loved these books, and preferred them over the Hunger Games trilogy. Someone posted the BIG spoiler in ALL CAPS, on a friend's Goodreads progress page, when I was less than a third of the way finished. I cried I was so heartbroken that the storyline climax had been ruined for me.

Ha ha, see what I did there?

8. Summer on the Short Bus
by Bethany Crandell

This was my very first Contemporary YA read and let me tell you it is an emotional roller coaster ride! One minute you are furious with the MC, and the next crying with laughter. This book is in your face with non-PC writing. The story hit especially close to home because I have a nephew with Aspergers and he rode the short bus all through his school years. You can read my FOUR STAR review, HERE, and find a link to an interview with Bethany Crandell, that I love. And to all those one and two star reviewers on Goodreads, that thought this book was glorifying bullying, grow a brain, and...

Santa Lurch says SHAME ON YOU!!! 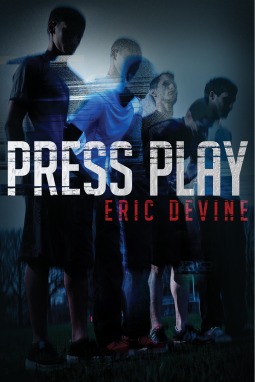 This was my second YA Contemporary experience. I would never have imagined two Contemporaries would show up on my year end top ten list because they are definitely NOT my thing.

I would like to say, yeah, I am that fabulous that I seek out books in other genres, but in reality I was pumping up my Netgalley stats with Read Nows and accidentally stumbled across this gem. I haven't done a blog review yet because I wanted to read all of his books and do an author spotlight because of this being so far out of my genre leanings, so HERE is the link to its Goodreads page and FIVE STAR rating. Another Contemporary treatl I found in the NetG Read Nows was Tabula Rasa; it was just a hairwidth off my top ten YA. 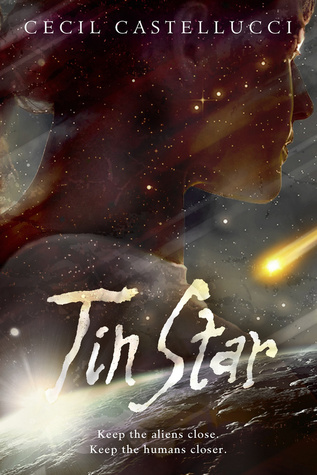 Science Fiction is my thing, and I was twirling (my personal version of flailing) when I won this from Goodreads First Reads. It was my very first ARC! Because this was before I really started BOOK blogging (it was more personal bookish randomness in the beginning), there is no blog review, but I will remedy this in January with a double book review. HERE, is the Goodreads FOUR STAR rating link.

I have seen a lot of 2014 Top 15 blog posts around, so I am going to do five honorable mentions:

and sneaky cheating... Blinded by the Light because I read it at the very end of 2013, before I was seriously book blogging. See my FOUR STAR review, HERE.