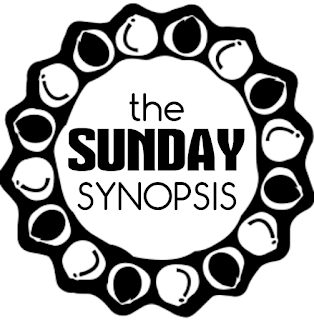 NUMBER ONE HUNDRED AND FORTY-THREE

There was no Friday Cover Conversations because I could not find the cover I saw on Facebook! Facebook has a habit of showing different posts here and there when you return to a page, and omitting others *grrrrr* It was a cover that looked like it was embroidered. If Anyone knows what book that is, please let me know. Ha ha.

I have my holiday shopping done for The Manchild except for his stocking; which is still kind of a big deal because we usually spend around $30 on our stuffers. I got him a t-shirt from Out of Print and a mug from The Oatmeal. When I went to Barnes and Noble he knew I was getting him a paperback to read at work, but he didn't know if I was getting him A Game of Thrones, The Long Way to a Small Angry Planet, or The Fellowship of the Ring. I decided to get him A Game of Thrones, but the PBs were like 3/4 size and to me the print was microscopic, so I thought I would just get him the hardcover... IT WAS $37.99! No way was I paying that, so I looked at the LotR books and same thing! They didn't have The Long Way, so I defeatedly bought the AGoT paperback figuring he could take it back if the print was bothersome. However, what did I do? when I got home I was telling him the story and I said, "... there was no way I was spending $38.00 on a hardcover of A Game of Thrones, so I bought the paperback." Hahahahaha. I am such a scatterbrain! He looked at it seeing that he knew what it was after my brain burp, and the print size is okay. I am still wrapping it, though.

Because he is Son of Satan in the mornings. 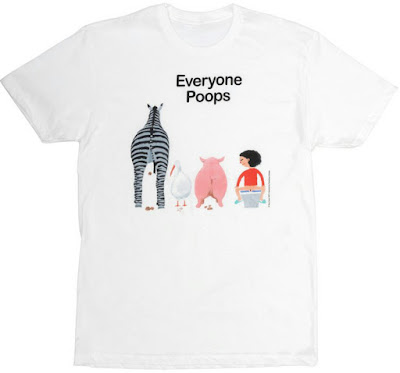 Yes, I am still on a mission to find t-shirts he will be embarrassed to wear out of the house, so he has some that are exclusively sleep shirts. I have this thing about wearing the same clothing you wore out and about to bed! Ugh. I have succeeded zero times, not even Goodnight Moon worked, so how do you think I will fare with this one? Ha ha.

I practiced once for about half an hour this week. After the holidays things will get better. I hope. I have incentive though... 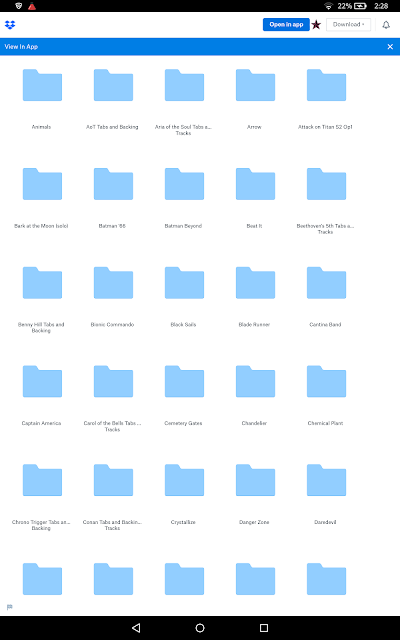 Eric (EROCK) cataloged 185 of his cover tabs and backing tracks in alphabetical order and there are eight more coming and then he will be caught up to current Meets Metals. It is a beautiful sight to behold. I am like a kid in a candy shop!
⚫
I was antsy to get a starting point song up on my YouTube channel after my friend helped me record Enter Sandman, which was the song I was working on 25 years ago when I took my motherhood hiatus. I didn't want to wait for Baz Manchild to get all of his files copied over to his new computer, so that I can have his expensive laptop, so I just put a still image with the raw unedited song up on my channel. After I get the laptop I will make a video and neaten up the audio. If you are listening with headphones turn the volume down a bit at first.
I feel all legitimate now, ha ha. It was still pretty scary putting it up publicly, though. I only ran through it twice before my friend came over with the backing tracks. My critique from Vincent was I'm being a little heavy handed, grindy, and sloppy, there was really no use of vibrato, and I was behind tempo a couple of times (but that was due to him having my guitar so loud in the mix and not being able to hear the drum track properly). My solo fell apart at the end because by the midpoint Vinnie was laughing so hard he was on the floor with a throw pillow over his head. That made me start laughing, too, and I lost my train of thought.
⚫
No new Meets Metal again this week, Eric is now working on cataloging all the mp3s, so here is the song I have solidly decided to work on first from that wonderful catalog of tabs and backing tracks.
I'm a Megadeth girl, anyway. Ha! 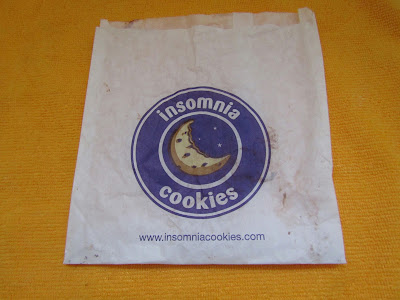 INSOMNIA COOKIES
These cookies are wonderful because they are warm when you get them. They deliver on campus until 3:00 am, but I will admit the delivery costs aren't worth it. Every time Baz and his friends go to the Indian restaurant near campus they stop and get cookies; he isn't much of a sweets eater, so I always get at least one of his cookies. Mmmm... 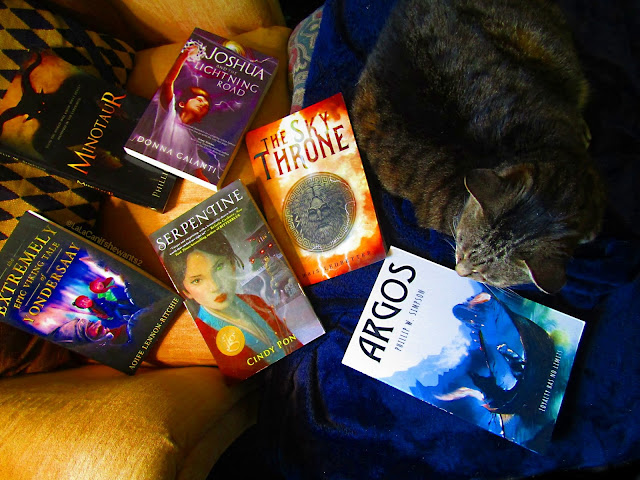 I received a box of books from Month9 publishers. Too bad they are all mythos based and I don't do Gods and Goddesses. SERPENTINE is based on Chinese myth, so that one might be okay. 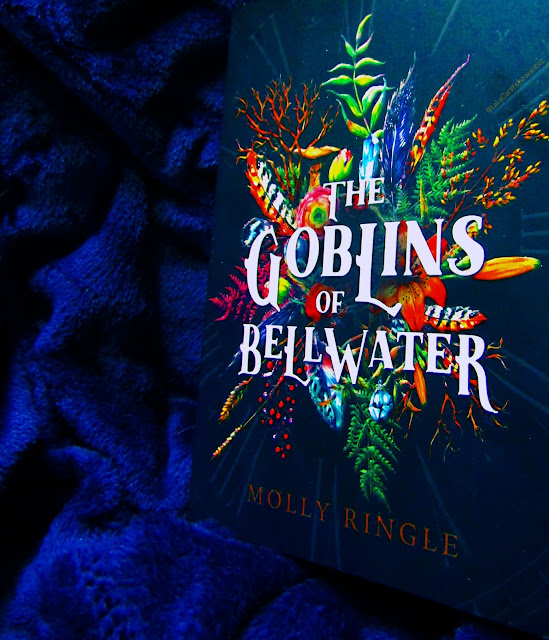 GOODREADS
I won this from Goodreads.

This was the post I couldn't remember last Sunday... it was Annemieke's post about online bookish Dutch stores on her blog A DANCE WITH BOOKS. You can see those goodies: HERE. Some of them ship internationally! 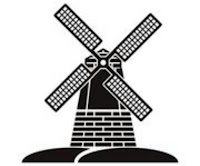 52 PINS IN 52 WEEKS
CATCH-UP POST PART ONE
I have started drafting it, so this is solid!
*fist bumps*

Have a beautiful week!
Posted by La La in the Library at 5:18 PM