TELL ME TUESDAY is a feature that oozed from the fried brains of myself and my best blogging buddy, after a mind twisting Armchair BEA Twitter party.  It is a weekly, or bi-weekly feature (depending on your reading style), where you tell us what you are reading now, and why, and what you will be reading in the future from your tbr pile, and why. I am oh so curious why people read what they read. So tell us!!

JOINING US THIS WEEK
Pili at In Love With Handmade
With her 27th TMT post!!
& Rex Robot Reviews

Go have a peek at what they are reading too.

This is how I feel right now...

This TMT is going to be a little different. I am going to tell you why I am NOT reading something right now. 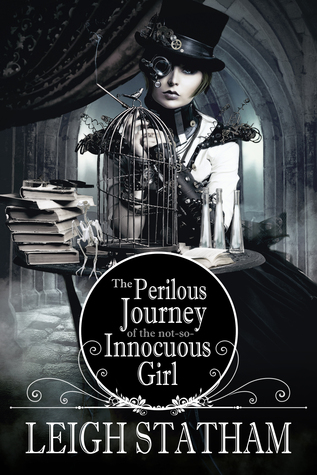 If you stopped by last week you know that after I finished reading The Infinite, I was going to start this steampunk book and was excited because I had never read any full-fledged steampunk before.

I was enjoying it...

The main character who is supposed to be an intelligent, independent, COMPASSIONATE, free-thinker starts repeatedly using the the word "poof" to describe some of the guests attending her ball.

Extremely Disparaging and Offensive. a contemptuous termused to refer to a male homosexual.
2.

Now... I know not everyone would know the specific definition of this descriptor, but the reader would know from the context that the protagonist was using it as a slur, much as someone today would use "that's gay", or the more serious "f" word.

I emailed Month9 Books and basically told them that although I was enjoying the book, l was a bit rattled about the use of this word and included the above definition. I continued saying that my problem was it was repeatedly said by the MC, and it was not used as a positive teaching point, nor did it add anything to the story.

They forwarded my email to

In return Ms. McBride sent me an abrupt reply in which she justified it by comparing it to the "N" word being used in Histoical Fiction. Shockingly, to me, she actually spelled the word out.

"As for your concern, I would say that it is no different than using the word "n***er" or "colored" in a book which takes place before 1980. As a historical piece, we must allow for use of words that were popular, slang or not, at the time in which the story takes place. Not to do so would offer an inauthentic presentation of the times."

An INAUTHENTIC PRESENTATION OF THE TIMES in a Science Fiction Steampunk novel set in the 17th Century, where they have humanoid robots that talk and are emmigrating to a place called New France? Hmmm...

She concluded with this...

"I stand 100% behind the language used in our books as an authentic representation of the times in which they take place."

Well, let's see.. there are a few cracks in that statement even if you do consider Science Fiction set in the 17th Century "Historical Fiction" for your justification.

1. This is an offensive British term and the story is set in France.

2. Ths term wasn't used until the 1850s and the time period for the story is the 17th Century.

3. The slur was being used to describe men who dressed in fancy lacey clothes and knew how to dance, and this would have been not only acceptable for the upper class of that time, but preferred. Therefore, this word, even if it did fit the time period, would not have been used to describe these men.

4. The French word, if it was applicable for that time period and circumstance (which it would not be), would have been "pouffe".

Was I expecting a return email saying HOLD THE PRESSES we have made a huge mistake in the use of this slur? Of course not. However, I would have liked a much less dismissive reply. One that said they would look into the matter and do a little research as to its appropriateness and level of potential offense to readers. Also, maybe after some Googling that updates to the ebook might reflect some changes to the text. Keep in mind this is an ARC that doesn't come out until May.

Why any author or publisher would want to take the chance of offending a certain group, or give the impression that intelligent, compassionate teens would use slurs against a certain group, and that it's okay, is beyond me. Especially in a YA book.

I am going to finish the book later, if only to include this information in my review.

What do you think?