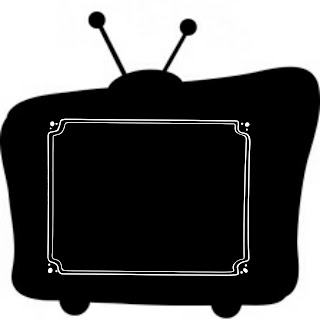 This feature is about everything and anything I have seen, or have been wanting to see, on television; from movies and series, to cartoons and comercials. If it's been on the tube, it's fair game!

*All links go to Anime Planet

In 2002, when Baz Manchild was ten years old, he, his father, and I watched an anime movie on HBO titled SPIRITED AWAY. Baz and I must have re-watched it four or five times that month. His father thought we were nuts. Ha ha.

This movie is so beautiful I wanted to use all the gifs!
I don't know how many times we've watched it; at least 12 times.

The next time we went to Blockbuster I headed straight to the anime section. We rented MY NEIGHBOR TOTORO and KIKI'S DELIVERY SERVICE.

I have a definite top five: the above three with HOWL'S MOVING CASTLE and GRAVE OF THE FIREFLIES.

I have only watched Grave of the Fireflies once. I think this anime is the most profoundly sad film I have ever seen. I don't think my heart could take watching it again.

These are all STUDIO GHIBLI films and we have seen 3/4s of them. I am hoping if we get a new television that Baz will watch the titles we have missed with me. One that comes highly recommended by Elizabeth, from SO LONG... & THANKS FOR ALL THE FISH, is THE CAT  RETURNS. 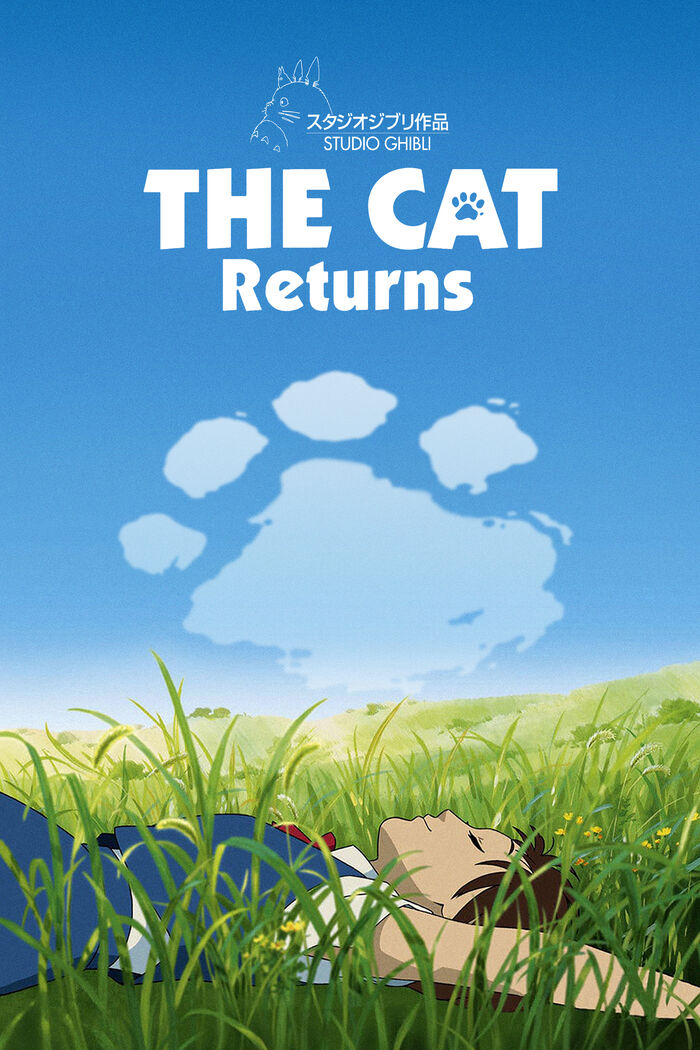 Have any of you watched this?

Next came anime series. I stumbled upon SAMURAI CHAMPLOO on Cartoon Network's Adult Swim. I had been thinking it was my first anime television series, but I had forgotten about the original ASTRO BOY I watched as a child.

Soon after that our cable company got AZN Network (where I also faithfully watched my Korean dramas) and an On Demand anime channel. AZN and the anime service were short lived, but between the two and Cartoon Network I have managed to watch 53 series. The number keeps growing as I remember others I have watched. My top ten are: 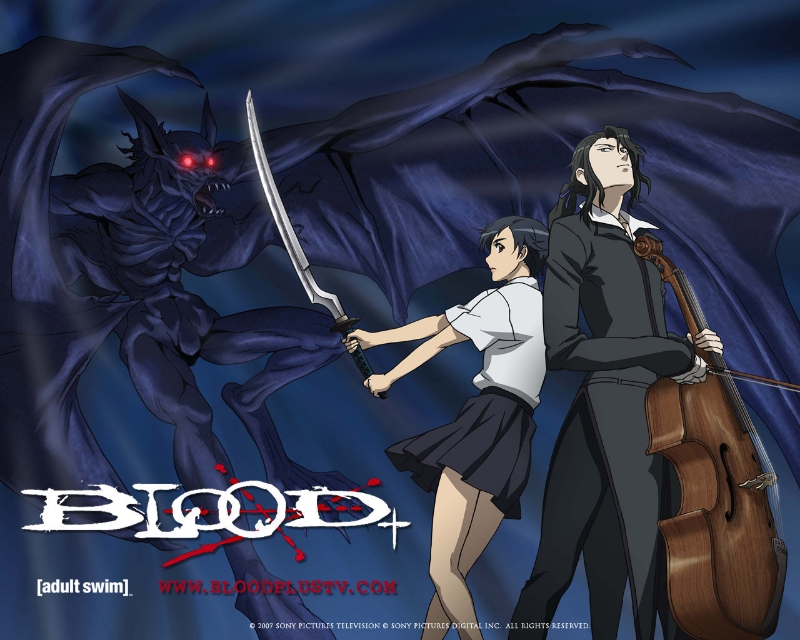 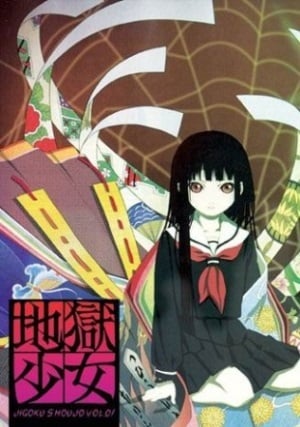 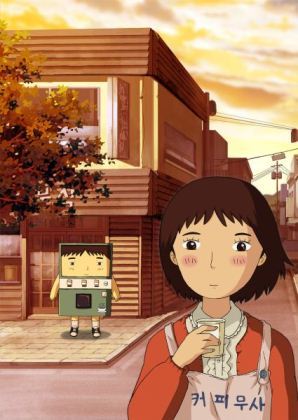 COFFEE SAMURAI
It's only one episode, but it's weird and sassy. Ha ha. A Samurai reincarnates as a coffee machine!

I asked my son, Baz, to recommend ten anime for me to include in this post, but he could only come up with seven he thought I would like:

I have to add them to my new ANIME PLANET account. 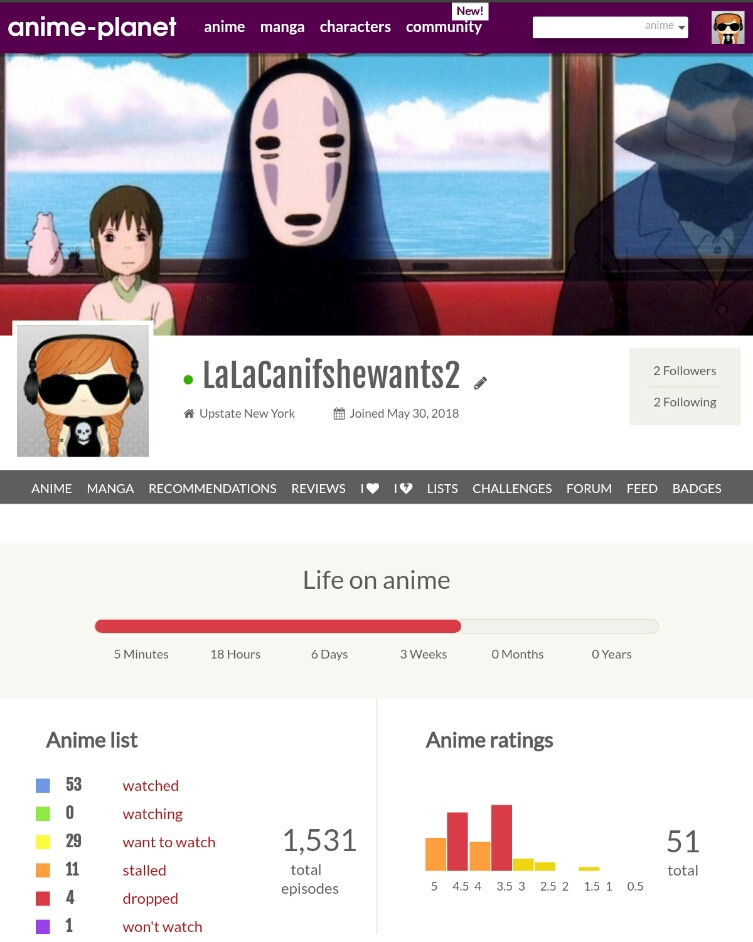 @Awkwardseabass
He's a conundrum... he doesnt care for Slice of Life anime, but his favorite anime is Azumanga Daioh. Ha ha.

And Michelle from IN LIBRIS VERITAS

@Shadowrose96
Michelle was the one who told me about this site when My Anime List was down. I like Anime Planet better because it looks more organized. You can import your lists from MAL. Baz did it and it was easy!

Of course I couldn't finish up an anime post without including my tabs/lessons/backing tracks guy 331EROCK (Eric Calderone) and his metalized Spirited Away cover. I was just as excited when he did this song as when he covered Hedwig's Theme.

Do you watch anime?
Please leave your recommendations in the comments.
Psst... I've already been recommended Ouran High School Host Club a million billion times, so it's on my list!